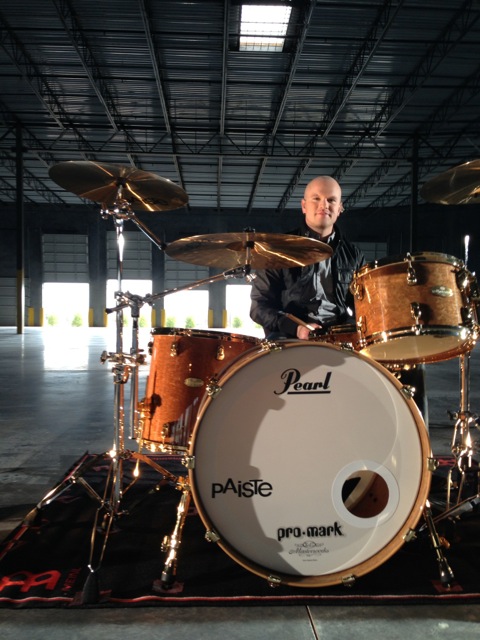 Hello, MD readers! It’s Justin Benner from the band, Hawk Nelson. It’s been five years since I last submitted a blog entry, and there have been tons of changes in my world since then.

Aside from becoming a dad in May of last year, our former lead singer, Jason, decided to leave the band to pursue a solo career. This all went down in early 2012, and it left the three of us in a place of trying to figure out what we should do. Should we call it quits? Should we try to find a new front man? Or should we learn to dance and become a boy band? These were all questions we were sorting through when the option of our guitarist, Jon, moving into the front man role was presented to us. That’s it! It made complete sense!

We began rehearsing as a three piece, and it didn’t feel awkward in the least. Then the process of writing and recording a new album began, and it was quickly apparent that we had something special and worth sharing with our fans. Since then, we’ve played a handful of shows but have been primarily working on finishing up the new album, which has given me some time at home to be with my family. Our first single, “Words,” is available on iTunes, and the music video can be viewed on YouTube. We’ve done a couple of radio promo tours in support of it that have gone extremely well.

I’m still working with my incredibly supportive endorsers Pearl, Paiste, Pro-Mark, and Evans. As a matter of fact, my new kit from Pearl looks amazing. It’s a Masterworks with African mahogany shells, a natural eucalyptus finish, and gold hardware. Also, I recently received a new set of in-ear monitors from a company out of Portland, OR called 1964 Ears, and they sound great.

Our latest album, Made, was released in April 2013, and I think it’s our best album yet. We’ve got plans to hit the road this spring, and feel free to shoot me an email at jmb_drummer@hotmail.com if you’d like to keep in touch. I hope to see you all on the road!

For the latest updates on Hawk Nelson, visit www.hawknelson.com and Facebook.