The August issue of Modern Drummer’s Jazz Drummer’s Workshop features some of my favorite applications of the classic George Lawrence Stone book Stick Control. The exercises utilize the “72 Single Beat Combinations” found on pages 5–7, and they could also be applied to the “missing” examples from the book that we covered in July’s Strictly Technique article.

I was privileged to work through Stick Control with Joe Morello. Joe was Stone’s star pupil, having studied with him throughout the 1940s. At his lesson with Stone each week, Joe would bring in variations based on the original written exercises. (These would later become the impetus for Stone’s follow-up book, Accents and Rebounds.) In my lessons, Joe encouraged and inspired me to be creative and come up with my own variations, especially on drumset.

The first exercise comes from a former student of mine, Scott Drewes. This example works great as a warm-up or as a concept for fills around the kit. Begin with Example 1 in Stick Control, and alternate between your hands and feet using quarter notes.

Once you have that down, repeat the pattern using swung 8th notes, 8th-note triplets, and 16ths. Then move through the different examples on page 5 of Stick Control. Stone’s Example 5, the paradiddle, is an alternating rudiment, meaning it starts with the opposite hand in the second measure. As you apply this first drumset approach with sticking patterns that alternate, your upper and lower appendages will also alternate. 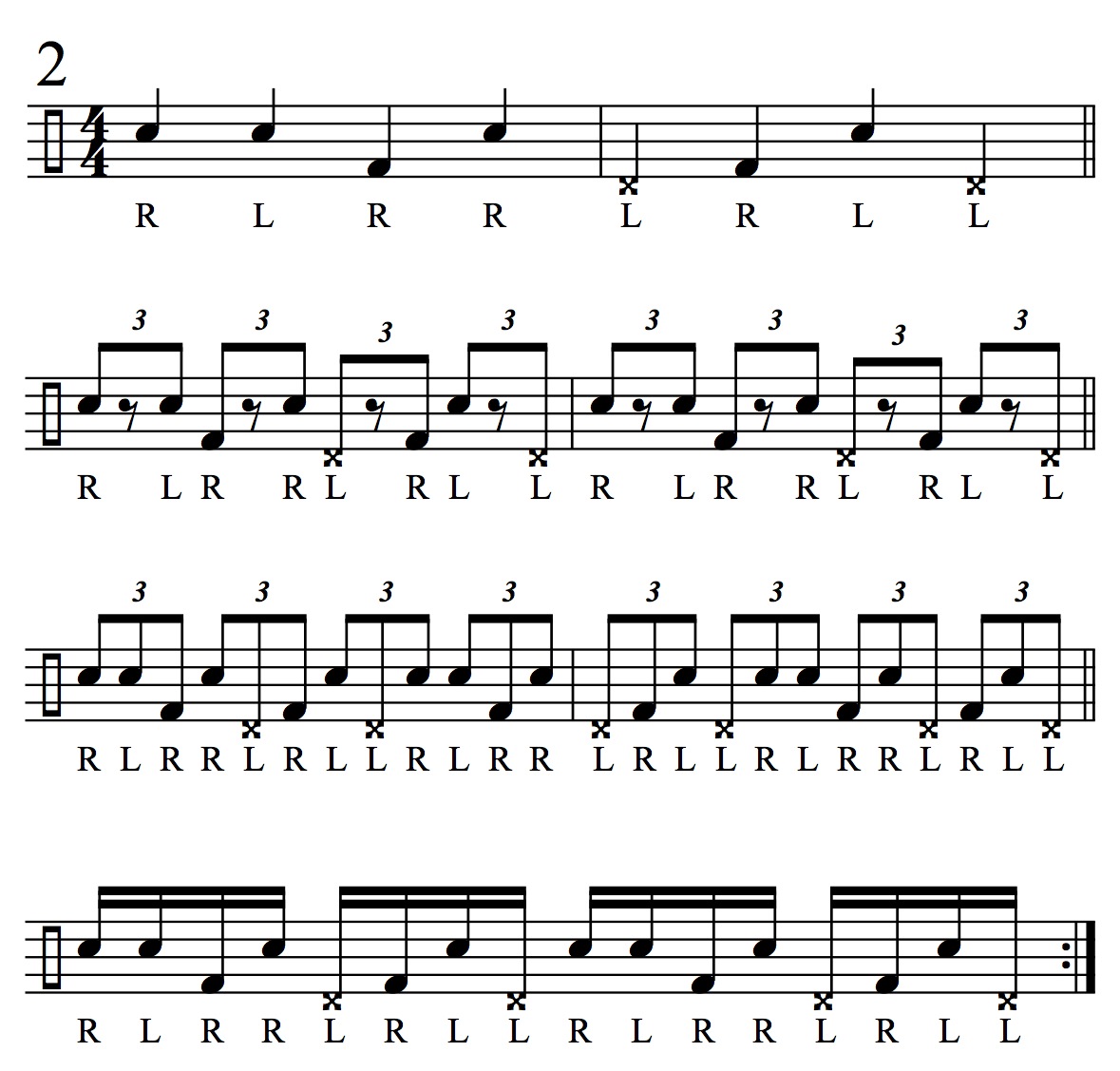 For more drumset applications, check out the complete article in the August 2013 issue of Modern Drummer, and also check out the video below.