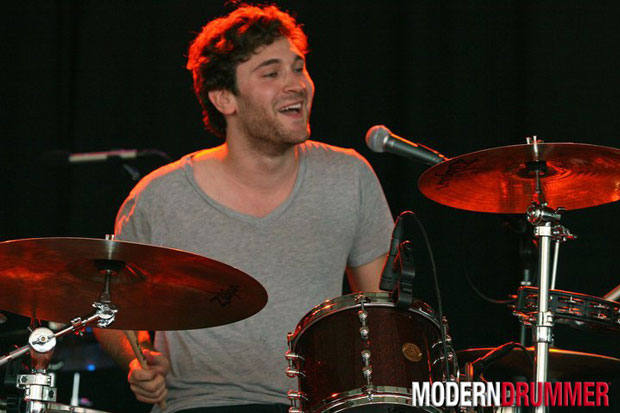 Hello, MD readers. My name is Billy Cadden, and I play in a band from New York City called the Postelles. I’ve been playing drums for about eleven years and have been perusing issues of Modern Drummer and checking out their website ever since, so it’s awesome to get the chance to write something on here.

I was born in Woodstock, NY, so music has always been around me. It seems that every story I heard growing up somehow ended with a freakishly talented super group of musicians who miraculously all happened to be up in Woodstock at the same time and deciding to sit down at a bar and jam. I am still envious of those people who happened to be sitting in those bars that got to see Bob Dylan and the Band for those impromptu shows. My house is actually right down the road from where Levon Helm held his Midnight Ramble. As far as idols go, Levon was it for me, so getting to see him play a couple times the past few years was really special. The amazing camaraderie he created between musicians was something special to see too.

I didn’t know at first that the drums would be the instrument I’d decide to start playing. Because I had the privilege of growing up in Woodstock, I was around a guy named Jerry Marotta, who is one of my personal favorite drummers and who also gave me my first kit. He let me borrow the kit he played growing up. Not sure if I was the one who put the Looney Tunes stickers on it, but I remember always looking down at those while I was practicing.

I had been in a few bands throughout high school, but during my senior year I started playing with Daniel, David, and John, and after graduating and we decided to start the Postelles. The first kit I bought myself was a Gretsch New Classic with a merlot sparkle. With limited space in our van, I opted for the smaller kick and still hear about that all the time. I accompanied those with a couple Zildjian cymbals and have been playing with the same equipment ever since (minus a few lost or cracked cymbals).

Our second album, And It Shook Me, came out this past April 23. Our approach to recording this album was very different than with the first. We wrote most of our debut album before we really started touring. The songs were pretty much finished by the time we got into the studio. This second album was written during sound checks and in hotel rooms. This gave us a little more room to experiment in the studio, and once basic tracks were done I could go back and try some other ideas. Some of the fills and overdubs made it onto the recordings.

Check out our new song “Pretend It’s Love” on our SoundCloud page.

For more on the band, visit ThePostelles.com.