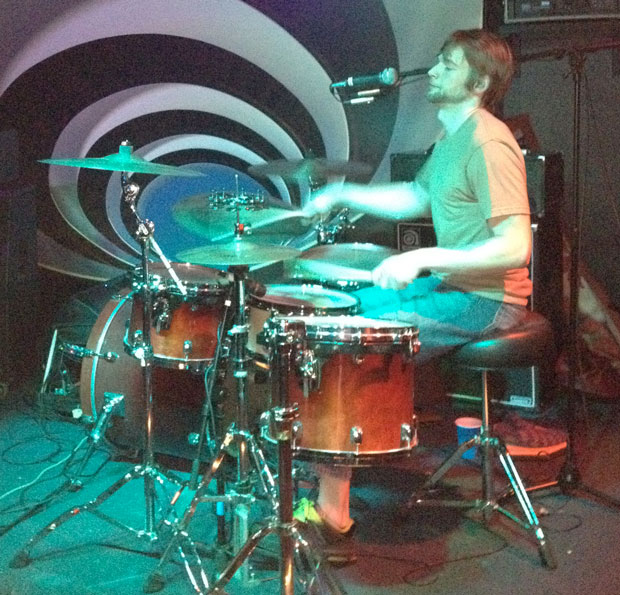 Most people could care less about what it means to be passionate and creative in the world of music. Even fewer musicians put this passion and creativity into practice with the songs/pieces they are creating. Drummers can’t get away from 2 and 4 (either because the song written doesn’t allow it, or they just don’t know how), and songwriters can’t seem to write in time signatures other than 4/4, with a little 3/4 and 6/8 in there every now and again. It seems like such a limited span considering there are endless possibilities of how to divide time.

I know this statement is blanketed, and is mostly directed towards popular music, that is, stuff that gets played on the radio. (Does anyone even listen to the radio anymore? I mean, besides NPR?) I guess I’m writing this as more of a challenge to drummers (hell, even singer/songwriters) to take the initiative and make 4/4 sound like 5/4, to play 7/8 underneath a 4/4 melody, to play 13/8 (just because you can!), and make it all fun, cohesive, and danceable.

Don’t get me wrong, most of what I play is in 4/4. It’s the nature of the beast. But I take whatever bit of leeway I may have and try to add at least a bit of syncopation. Perhaps a clave pattern, or at the bare minimum avoiding accents on either the 2 or the 4, using the “&” instead. I feel like I may be preaching to the choir here, but shit, someone asked me to write a blog.

P.S.: No one cares what drums/cymbals/hardware/etc. you play. What they do care about is how you make your instrument sound. Wish someone said that to me when I was fourteen.

Armed With Legs’ debut full-length album is slated for release on June 11. For more on Nick Krivchenia, go to armedwithlegs.com.