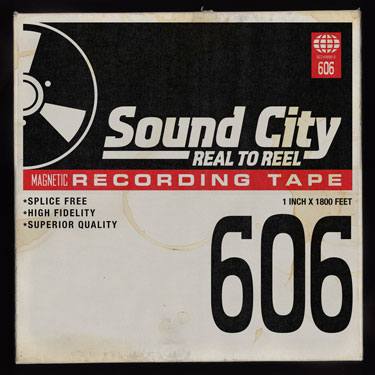 Who would dream up a project with Corey Taylor, Paul McCartney, Stevie Nicks, Josh Homme, and Fear’s Lee Ving fronting the Foo Fighters? Dave Grohl, of course. The mega musician’s directorial debut is a tribute to Sound City recording studios, home to Nevermind, After the Gold Rush, and Rumours. On the soundtrack to the film, Grohl writes and performs with the aforementioned cast as well as with Trent Reznor, Rick Nielsen, and Jim Keltner, corralling an exuberant, well-crafted set of performances—a true rock extravaganza. Grohl and Taylor Hawkins shine throughout, the former’s two-fisted pummel balanced by the latter’s nimble sticking, popping groove, and airy, spacious beat. The fat, Mick Fleetwood–ish punch of Stevie Nicks’ “You Can’t Fix This” would seem to be Grohl, but it’s pure Hawkins, who also burns through Rick Springfield’s gleefully sarcastic “The Man That Never Was” and the prog/punk track “Your Wife Is Calling.” Keltner adds his trademark lithe atmospherics on the gentle “If I Were Me,” and Brad Wilk grooves mightily on “Time Slowing Down.” Real to Reel closes with “Mantra,” a Trent Reznor/Grohl/Homme track fueled by Grohl’s metronomic pulse. (RCA)