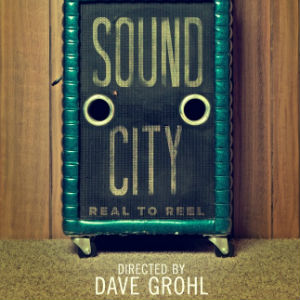 Dave Grohl’s directorial debut, the feature documentary film Sound City, about the famous recording studio in Van Nuys, California, will have its premiere screening at the Sundance Film Festival in Park City, Utah. Grohl and select artists from the film will be in attendance at this year’s Festival.

“As a first-time director,” says Grohl, “I am humbled to be able to share my passion for songwriting and storytelling with this incredible cast of legendary musicians, as seen through the extraordinary story of America’s greatest unsung recording studio, Sound City. Being included in this group of artists is a true honor, and the Sundance Film Festival is the perfect place to premiere a film about craft, integrity, and passion for art. I am over the moon!”

The film was conceived by Grohl after he purchased the legendary Neve 8028 recording console from Sound City Studios last year. The console, built in 1972, is considered by many to be the crown jewel of analog recording equipment, having recorded such artists as Neil Young, Fleetwood Mac, Tom Petty, Cheap Trick, Guns N’ Roses, Fear, Nirvana, Rage Against the Machine, Slipknot, Nine Inch Nails, Metallica, and countless other musical legends over the past forty years.

Through interviews with the artists and producers that created decades of musical history at Sound City, the film showcases the history of the studio, focuses on the legendary albums recorded there, and explores the human element of music in an age of technology. The film also features performances of new music created exclusively for the film.

Grohl’s personal connection to Sound City began with the 1991 recording of Nirvana’s breakthrough album, Nevermind. Selling over 30 million copies worldwide, Nevermind changed the musical landscape of the time and altered the course of Dave Grohl’s life.

For more information, go to soundcitymovie.com.