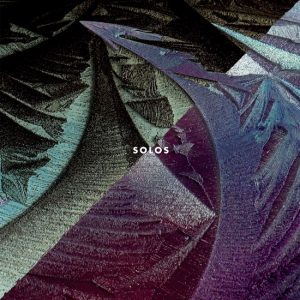 These can be tough times for an indie rock fan, at least those of us who are drummers. So much of what comes out these days seems like over-polite, under-ambitious Matt Chamberlain approximations, with too much compression and not enough…fun. Spencer Seim to the rescue, folks. In the duo Solos (get it?), the multi-instrumentalist—guitarist in Hella, drummer in the Advantage—joins singer/guitarist Aaron Ross in creating big, booming, busy slabs of melodic neo-psych-prog that recall Kliph Scurlock-era Flaming Lips, Janet Weiss’s Quasi, and a more inviting version of Seim’s other bands. It’s a winning combination, one that should appeal to a wide variety of listeners, especially those that like musicians who sound like they’re working up a good sweat when they play.

Seim certainly doesn’t take the easy route when composing his parts, and he never misses an opportunity to make his drumming more interesting than a song might at first seem to call for. I’m not sure how he does it, but I’m pretty sure if most other drummers attempted to play as busily as he does on these songs, I’d want them to shut the heck up. But whether it’s the stuttery groove of “Carpe Diem,” his super-busy prodding of the vocals of “Schooled Fools,” his varied 16th-note-triplet underpinnings in “Damsel Distressed,” or any number of other excuses to squeeze out a few extra sparks, this writer, for one, can’t get enough of him. Here, at least, more is more.