It’s a good day when you get a call from producer Billy Harvey to ask you to perform on a new Charlie Mars recording. First, you know there are going to be some cool, funky tunes to play. Second, there are going to be some great players on the date. And last but not least, you know good-looking women everywhere are gonna hear you. Not a bad day at the office, way I see it. And true to form, that’s pretty much what happened.

These guys know how to make music…organic and FUN. I specifically worked on “Pacific Ocean” and “Blackberry Light,” did some od’s on a few others, too. We tried a couple of different funky approaches on “Pacific Ocean,” but ultimately the simplest support and nuance got the song off the ground. When I heard “Blackberry Light,” I heard this unrelenting groove in my head, a la Mick Fleetwood, and both Billy and Charlie decided to run with that approach, even though I weirded out a couple of elements, which all thankfully dug.

And the icing on the cake was Tchad Blake’s mixes. I’ve heard the results and this is probably Charlie’s best recording to date. Solid writing, stellar players, spot-on production, and the mixes are beyond beyond.

I’ve just finished several other records that I’m frightfully proud of. The yet-unreleased one by Aimee Bobruk is a songwriter’s masterpiece. The same can be said about the new Sahara Smith recording. Also did some work with Bill Callahan, a mystical voice, and doing a record of old covers with my band, Knuckle Yummy, that’s seriously knockin’ my dick in the dirt. All the above are produced by wunderkind Brian Beattie. Also, I did a fabulous record recently with Warren Hood, with Charlie Sexton producing—incredibly deep arrangements. I flew to L.A. to work with uber talented Dave Way on a special Jazz Mills recording. I contributed to records by Earl Poole Ball, Bill Carter, Jill Hennessy, Erik Sanden, Dallas Burrows, Cyrus James, Darryl Purpose, Lars Atterman, AnnMarie Jensen, and Patricia Vonne, and to an album of 1800s parlor music ably produced by Gabe Rhodes that features Richard Thompson, Garth Hudson, and a host of others. Oh yeah, and I did a movie soundtrack with Robert Plant as well. Some great records on the horizon, too!

Things is good in the ATX.

The life we lead….

For more on Dony Wynn, go to donywynn.com. 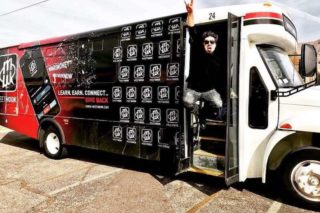 Anthony Citrinite of The Collective and MeetHook in On The Beat 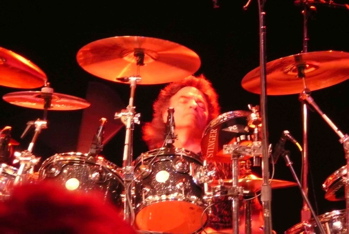 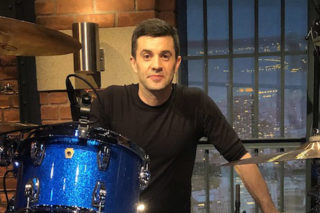