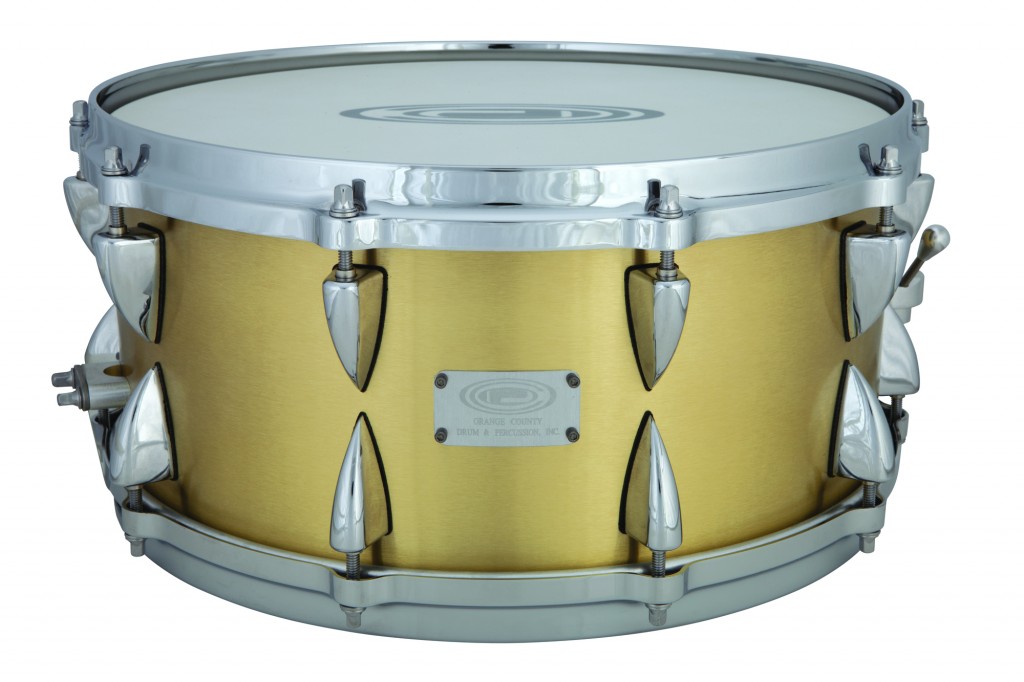 While geeking out with a prominent studio drummer a while back, I got into the topic of which snare drums he feels translate best to recordings. After going through his personal top-ten list, this drummer took me by surprise when he concluded, “Then you can get rid of all of those and just pick up a bell brass. You’ll never need another snare again.” As hyperbolic as that may seem, bell-brass snares are the drums du jour for many producers and musicians, and they’ve shown up on countless hit records. You know those gargantuan flams Dave Grohl crushed at the top of Nirvana’s breakthrough single, “Smells Like Teen Spirit”? Those were played on a bell brass. Lars Ulrich also used one on Metallica’s black album, as did Brad Wilk on Rage Against the Machine’s self-titled debut, just to name a few.

These days, new and used bell-brass snares are hot commodities, often demanding a price of upwards of $3,000. Orange County Drum & Percussion decided to step into the market, introducing its own version of the rock drummer’s dream drum at a significantly lower—but not cheap—price point ($1,440). This super-heavy drum has a thick 1/4″ seamless-brass shell with a brushed outer finish. It comes with die-cast hoops on the top and bottom, ten OCDP aluminum/zinc-alloy lugs, a smooth-operating Trick GS007 throw-off, a coated single-ply batter head with an OCDP logo sticker applied underneath, and twenty-strand snappy snare wires.

For the complete review, check out the September 2012 issue of Modern Drummer.