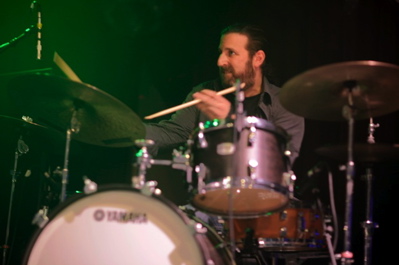 A Straight-Up Jazz Show, With a Focus on Material From the 1960s

Respected jazz & rock drummer/multi-instrumentalist/composer/producer Aaron Comess has confirmed a July 11th sextet concert at Smoke Jazz in New York City. Comess has long ties to jazz, and has played with such greats as Roy Hargrove, Brad Meldau, Robert Glasper, Bilal, Roswell Rudd, Arnie Lawrence, Deanna Kirk and more. As a member of the group New York Electric Piano (for the past 10 years,) Comess and band-mates scored a Top 10 jazz album with their most recent CD. Comess is currently studying with legendary drum master Michael Carvin.

At Smoke Jazz on July 11th, The Aaron Comess Sextet plans a straight-up jazz concert with a focus on his favorite material from the 1960s, some original music and more. The terrific band will feature: