New additions to Zildjian’s all-purpose A and A Custom lines include a set of super-funky and articulate 13″ Pocket hi-hats and a limited edition 21″ ride cymbal commemorating the twentieth anniversary of the award-winning A Custom series, which was originally developed in the early ’90s in collaboration with drumming legend Vinnie Colaiuta.

The unique-looking Pocket hi-hats ($284.95) were originally released as part of the gospel/praise-and-worship Inspiration Pack, which also included a 12″ A splash, a 16″ A Custom Fast crash, and a 20″ K Custom ride, but now they’re available separately for use by any drummer looking for a bright, quick hi-hat sound. 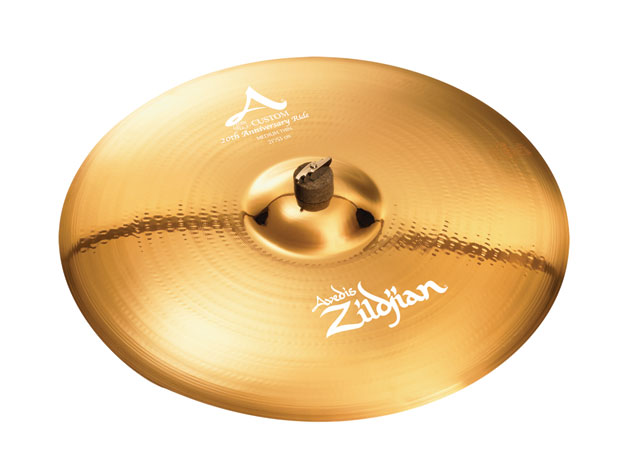 Available only in 2012, the 21″ A Custom 20th Anniversary ride ($314.95) comes with a cream-white logo, and it has a special A Custom trademark etched above the regular Avedis Zildjian imprint. Like all A Custom cymbals, this ride features symmetrical hammering, tight lathing, and a brilliant finish. Its medium-thin weight is lighter than other A Custom rides.

The complete review is in the May 2012 issue of Modern Drummer magazine.