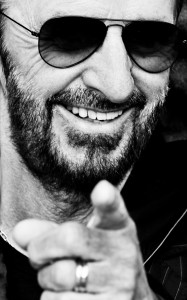 Ringo Starr’s seventeenth solo studio record, Ringo 2012, will be released on January 31 in the United States and January 30 internationally. The album, which was produced by Starr, was recorded in L.A. and mixed in England by Ringo and Bruce Sugar. For more, visit www.ringostarr.com.

Frank Vilardi is on Kaya’s upcoming Born Under the Star of Change. For more, visit www.kaya.fm.

Jason Holmes is on Black Taxi’s latest, We Don’t Know Any Better. For more, visit www.blacktaxi.com. Also check out Holmes’s blog at www.moderndrummer.com/2012/01/jason-holmes-of-black-taxi/#.Txb8iq5xujQ. 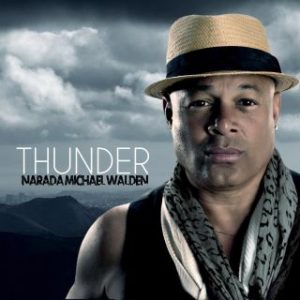 Narada Michael Walden has a new CD, Thunder, with a new band featuring Angeline Saris on bass, Matt Heulitt on guitar, and Frank Martin on keys. They’ll be playing a few dates starting in Tokyo in February. For more, visit www.naradamichaelwalden.com.

Paul Garred is on the Kooks’ latest, Junk of the Heart. For more, visit www.thekooks.com.

Little Barrie has a new CD, King of the Waves, and a new drummer, Virgil Howe (son of Yes guitarist Steve Howe). For more, visit www.littlebarrie.com.

Keith Carlock’s singer-songwriter wife, Lynne Timmes-Carlock, has a new CD, Once and for All. Keith produced and played drums on the album. For more info, visit www.lynnetimmescarlock.com. Also in Carlock news, Keith has recently joined the Gretsch family as an endorser. 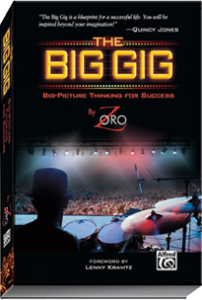 If you missed Zoro’s recent TV interview with Lauren Green on Fox News, you can see a clip here: http://youtu.be/FvtrxR_fubI. For more Zoro news and to check out info on his latest book, The Big Gig: Big-Picture Thinking for Success, visit www.zorothedrummer.com.

Elliot Jacobson is playing dates with Jenny Owen Youngs to support her new album, An Unwavering Band of Light, which is out on February 2. He also played on the record. When those dates end in March, Jacobson will head out on his steady gig with Ingrid Michaelson to promote her new record, Human Again, which is out on January 24. (Elliot drummed on all but two tracks, which were played by Shawn Pelton.) A U.S. tour will follow in April. Back in 2010, Jacobson won the Up and Coming category in the Modern Drummer Readers Poll. For more, check out his MD blog at www.moderndrummer.com/2009/07/elliot-jacobson/#.Txb8Jq5xujQ.

Guitarist Oz Noy has released a full-length documentary on the recording of his latest album, Twisted Blues Volume 1. The disc was recorded in New York City and Austin and features drummers Anton Fig, Vinnie Colaiuta, and Chris Layton, plus the late Ralph MacDonald on percussion. Check out a clip at http://youtu.be/gmWgieU6V8g.