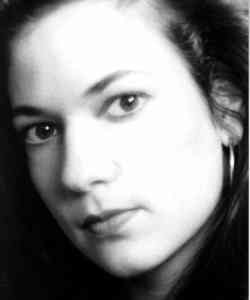 Hey, drumheads! So, you already know that Zildjian cymbals and Ludwig drums are among the world’s finest. But how much do you really know about the people behind the famous names? I’ve recently written a book to clue us all in: Raggin’ Jazzin’ Rockin’: A History of American Musical Instrument Makers, published by Boyds Mills Press, an imprint of Highlights for Children magazine.

I wrote this book to get young people excited about music and music-making, but I think their parents will dig it too—especially those who rock! Raggin’ Jazzin’ Rockin’ explores the lives and work of eight instrument innovators, folks we know best by the now-iconic fruits of their labor: Steinway pianos, Martin and Fender guitars, Conn brass and woodwinds, Hammond organs, and Moog synthesizers, in addition to Zildjian cymbals and Ludwig drums.

I grew up in a musical family—mom’s a piano teacher, two brothers are drummers, the third’s a guitarist—so these instrument makers were household names. And as an author, I couldn’t help but want to write about them.

So what did I find? Loads of cool stuff. Like, the first Zildjian cymbal came from dabblings in the mystical world of alchemy as metal-smith Avedis (not yet Zildjian—read the book to learn how he came by that handle) tried to turn common metal into glittering gold. Like, we have Avedis’s namesake descendant in America to thank for all those cymbal names we now take for granted—hi-hat, crash, ride…. Like, Craigie Zildjian broke the centuries-old males-only tradition in the upper ranks at Zildjian when her father, Armand Zildjian, asked her to join the company, where she’s now CEO.

I unearthed a load of Ludwig info as well, like company founder William F. Ludwig’s bold decision at age eight (much to his father’s chagrin) to become a drummer after seeing an Illinois National Guard drum corps parading through Chicago in 1887. Like, his secret ragtime-era experiments building wooden swing pedals that would become the Speed King pedal we know today. Like, the Ludwig family’s astonishment when they saw the drummer with some mop-topped British band playing a bass drum with the company’s logo scrawled across its head on the Ed Sullivan Show in 1964—and an avalanche of orders poured in.

Zildjian and Ludwig, along with the rest of the companies profiled, kindly opened their archives for the project, providing hundreds of fab photos, many rare and vintage. They vetted their chapters for accuracy, too, as did other experts in the field.

The book is a fundraiser for music-in-schools advocacy group SupportMusic.com, run by the NAMM Foundation and the National Association for Music Educators. As a proud former school-band geek and a mom of two budding vocalists, I know firsthand the value of school music programs. SupportMusic works to ensure that every child who wants to make music is given that opportunity. It’s vitally important work, especially during this time of drastic school budget cuts.

For more about Raggin’ Jazzin’ Rockin’, go to www.ragginjazzinrockin.com.