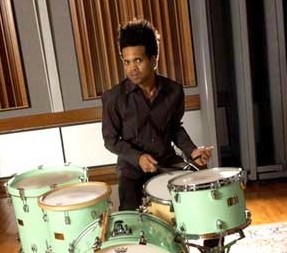 By the time he was five, Charley Drayton knew exactly what he wanted to do in life. Born in Brooklyn, New York, into a successful musical family, Charley spent his childhood watching his dad, Bernard, work in recording studios. “I’d meet my dad in the city and go to his sessions,” explains Charley. “The musicians that I heard on records were the same people who did jingles during the day. So I got to meet all these great musicians, and they started to become part of my life. It was my education; that was school for me. So from very early on, I felt like I knew that music was going to be it for me. I felt like I wanted to be there so quickly that I needed to be with the adults. I never felt like that in school. I couldn’t relate to the innocence of a young person figuring out what it is that they want to do in life. I already knew.”

Recently Charley toured with the reunited Simon & Garfunkel. And this past summer he worked as musical director of Cablevision/MSG productions CEO Jim Dolan’s band, JD & the Straightshot, who opened for the Eagles on their stadium tour. Currently the band is getting ready to head out on the road for a few more dates with the Eagles in the fall.