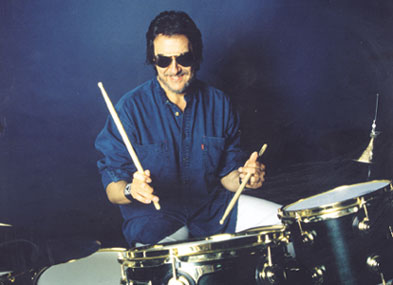 Jim Keltner is inarguably a true studio drum god. Highly regarded for his session work on solo recordings by three of the Beatles, Jim could also be considered a close life-long friend of George Harrison, John Lennon, and Ringo Starr.

Jim met Ringo in 1971, during preparations for George Harrison’s Concert For Bangladesh, on which he and Ringo shared drum duties. Keltner later toured with Ringo Starr’s All-Starr Band, and, along with Harrison, Tom Petty, Bob Dylan, Roy Orbison, and Jeff Lynne, was a member of ’80s supergroup the Traveling Wilburys—playing under the pseudonym Buster Sidebury.

Jim has been a huge influence on countless top drummers, who worship his simple but magical performances and casual but precise feel. Keltner is equally famous because of his enthusiasm for unusual sounds: He’s been known to play with kitchen utensils and rattling chains, and his embrace of electronics has widened his sound palette even further.

With no let-up in his schedule in sight, Jim Keltner is that rare music legend who is as vital today as he was when he first made his mark, all those years ago.