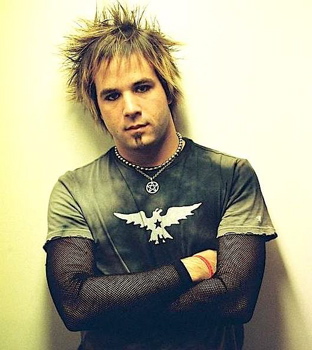 Hi, folks, this is David Lynam from the band Lynam. We’re a Southern modern rock band from Birmingham, Alabama. I’m certainly not the most technical drummer you’ll ever meet. As a matter of fact, I thought a joke was being played on me when I was asked to blog for Modern Drummer.

Things are picking up for the band at a rapid pace. “Lindsay Says,” the second single off our newly released album, Tragic City Symphony, went to radio recently. Stations all across the country are adding it, and we’re stoked. Our calendar’s starting to fill up. We’re hoping to save the world of rock ’n’ roll one city at a time without stopping till we hit world domination.

We’ve got big plans for this album cycle, including touring overseas, and everything’s coming together just as planned. We’ve been together eight years. It’s good to finally feel a sense of accomplishment and worthiness. I tell fans all the time how thankful I am that they come out and support us. I warn them that I have no backup plan in life. It’s drumming or bust for me. I assure them that they don’t want me cooking their hamburgers in fast food joints and that they’re best off keeping my head afloat in this ever-changing music industry. Though all the guys in the band are pretty upset at the state of affairs in the music industry these days, we’re extremely happy to be able to afford to do what we love, and that’s making and playing music.

Playing drums is all I know. I hope you’ll check us out and correspond with us. When we’re not on stage we’re constantly interacting with fans at www.lynamsucks.com (yes, we take ourselves real seriously–can’t you tell?).

I thank Modern Drummer for the chance to blog.