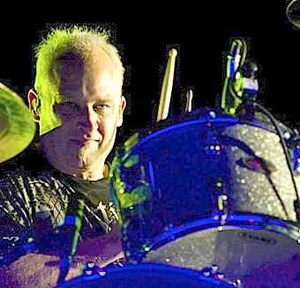 I’m very happy to post a note on the MD blog about Heart’s new recording. I recently got a call from Ann and Nancy Wilson–my sisters in Heart–to come track some drums in L.A. for a new studio album, as yet to be named, that will be released next year. I was pleased to hear that producer Ben Mink and engineer David Leonard were on board, and I was excited to see what we could do.

Ann, Nancy, Ben, and David all have a well-known history of recording great songs, and I think with the track record we all have in the studio, wonderful things can come to light. Our approach is to start with good songs, highlighting the vocals and making sure all of the instrumental tracks support those elements.

So far the songs have come from Ann, Nancy, and Craig Bartock, the guitarist I’ve been playing in Heart with for six years. We’ve all been creating arrangements and figuring out parts together. We’re all offering ideas and ways of approaching the arrangements, and it feels great!

We started earlier this year with demos of a few songs. Since Ben came on board, he, Ann, and Nancy have whittled the list a bit and picked songs to start for the recordings. Our studio band also includes the talented Ric Markmann on bass.

One of the coolest elements so far is working with David Leonard, an engineer who understands drum feels and drum sounds. He’s recorded many legendary players, and I’m honored to work with both him and Ben to create our drum approach. We’re working together on a specific palette of sounds for each song, with all of us offering input on what seems to work–trying out feels and parts, taking the time to get the groove moving the best way for each song. We’ve found some very cool muted and ambient sounds so far, including arranging the players in the studio so that the acoustic guitar mics are so close to the drums that they become part of the drum sound!

We’ve used dynamics and mic combinations to create grooves that sound completely different from song to song, and we haven’t found it necessary to change the drum setup much, except for one song so far. That exception has been inspiring. It turns out we found a great groove with two acoustic guitars, electric bass, and me playing a floor tom case for a backbeat, with a ringy 20″ bass drum and no other percussion on the basic track.

It’s been a revelation on this record to use very soft playing to find the right movement in a song, not overworking the approach, and coming up with some of the most powerful musical results. I look around during the recordings and I have to smile, realizing I’m tracking with Ann and Nancy, Ben and Ric–an awesome band!

All in all, a great start to the new Heart record, ranging from a quiet, intimate sound to full rock. We’ve got ten rhythm-section basics done so far, with more coming later this fall.

Heart is currently on the road, and I’m writing from Louisville, Kentucky, which is one of the many concert dates we’re doing this year. We’ll finish up on the West Coast in October.

For more on Ben, visit www.myspace.com/bensmithdrummer