Two thousand nine has a lot in store for Rick Latham. First up is his new DVD, All About The Groove. “I believe that drummers need to play a lot of different styles to stay busy,” says Latham, whose own résumé includes jazz and pop legend Quincy Jones, blues icons B.B. King and Edgar Winter, and now singer-songwriter Juice Newton.

“The better a musician you are,” the drummer suggests, “the more you’re going to get gigs and keep them. My DVD deals with how to approach a lot of different styles, primarily groove-type stuff–R&B, shuffles, faster things like upbeat sambas, and slower tunes. I put a rhythm section together for the DVD, and I’ve incorporated play-alongs.” The video, which was shot at DW’s recently opened sound facility, features interview and playing footage, exercises, and downloads.

Latham can also be heard on a project by former Starship bassist John Garnache, and he’s been working on his own solo album, Stickman, which he is engineering, producing, and mixing. “I’m using loops of all the instruments except the drums,” Rick reveals. “They’re real instruments being played by real musicians; I’m just turning the tables on the folks who usually use drum loops.”

Adam Savage of While She Sleeps 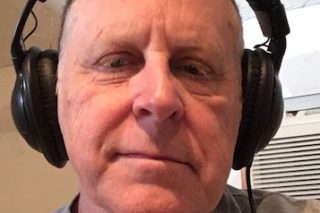 On The Beat with Alister Score of A Flock of Seagulls