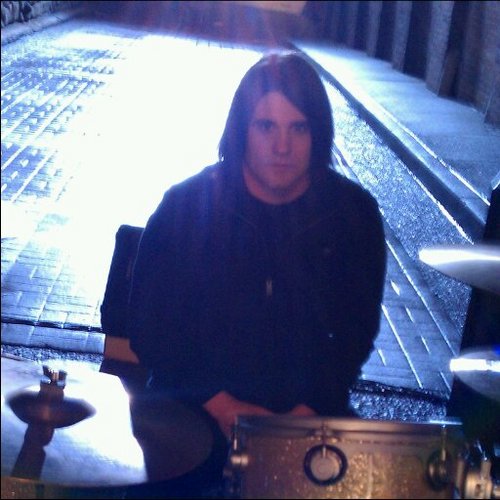 After stints with Eleven, Chris Cornell, and Puddle Of Mudd, drummer Greg Upchurch has finally found a home. When he took over the drum chair in Three Doors Down in 2005, Upchurch was originally brought in as a hired gun. Now, three years and hundreds of shows later, Upchurch is an official member of the multi-platinum group. “They really felt like I brought something to the table,” says Upchurch. “They said we’d love to have you as our drummer and be a band again.”

Three Doors Down’s latest self-titled opus is a disc that churns on all cylinders, finding the band writing Southern-fried rock from the soul. Upchurch’s drumming suggests an intense passion as he earnestly bashes the hell out of his kit. “I do the best I can to give this band the biggest beat possible,” Upchurch states. “I usually visualize John Bonham in my head.”

One song from the band’s new disc, “Feet In The Water,” was built around an Upchurch groove, while tracks like “She Don’t Want The World” offer up a diverse palette. “I used an electronic kit on one track, and on another I just used mallets on the toms,” Upchurch recalls. “It doesn’t really sound like Three Doors Down; there’s no chorus, it builds instrumentally, and then it dies into nothing. It’s more of a crescendo of music.”

When Three Doors Down brought Upchurch into the fold, they were getting much more than a seasoned studio cat. Hey, even Led Zeppelin’s Jimmy Page once commented on Upchurch’s live prowess. “It’s important for my band to see me busting my ass behind the kit, because everyone feeds off of that,” Upchurch testifies. “It all comes from the drums. The drums are the beginning of the snowball effect; they set the tone for the whole thing. I never want to come off the stage not being exhausted. Without that, I don’t feel like I’ve given a hundred and ten percent.”

Steven Douglas Losey
See the rest of this article in the November 2008 issue of Modern Drummer, on sale now in print and digital.