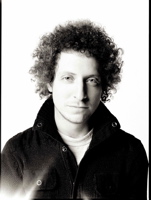 Hey there, Modern Drummer readers. As I’m writing, I’m somewhere between Salt Lake City and Denver in some weird, unknown mountain range on tour with my band Low Vs. Diamond.  At 3:00 a.m., it’s dark and cold, and I’m sitting in the back of the tour bus writing this blog to you all. We’ve been road warriors the past few months, playing shows in anticipation of our debut album coming out this summer. It’s been a great run so far, and I would never in my wildest dreams have thought that I could make a living playing drums. Not that I am yet. I’m homeless, car-less, and have only a few hundred bucks to my name, but I’m confident I will in the near future. Being on the road with my band and in the recording studio thinking up new beats is what keeps me going.

I started playing drums at thirteen when a wedding band took a break and I decided (being the rebel child that I was) to go up on stage and just start playing.  My dad came all the way across the room not to scold me, but to say that he was going to pay for lessons. He thought I was a natural. Growing up, I had good coordination at pretty much everything I did, so playing a simple beat came pretty easy. I tried lessons for about three months before I got sick of them. My impatience and ADD set in, so I quit. Learning the basics got boring fast. I wanted be a part of something. When I was fifteen, I started playing with bands ranging from a Grateful Dead cover band in high school, to the first band that Lucas and I started in college. Lucas (now the lead singer of Low vs. Diamond) and I first started playing covers of Talking Heads, Ween, and Air songs.

I’m basically self-taught. I just always played a ton and got better and better. My real lessons came from watching all the greats, specifically Charlie Watts, Keith Moon, and Mitch Mitchell. I slowly started to form my own style. I never really practiced rudiments or anything like that, but I think the most important exercise for any drummer is playing to a click.  There is nothing more valuable to a band than a drummer that can keep good time. And as a drummer, if you start playing to a click, then you’ll never have to have those incredibly annoying arguments with your bandmates about slowing down or speeding up in the middle of songs.

My drumming style changed a lot over the years. When I first started, I would try and emulate Jon Fishman (Phish) and Mickey Hart (Grateful Dead). I still totally respect both of them, but as I got out of the jam-band scene, I started to understand space, placement of fills, and touch. Plus, the bands I was playing with down the road were more classic-rock/rock oriented. I sort of had to re-learn the drums at one point to get away from the loose/jam/noodle-y styles I engrained in my head early on.  I started to become more open-minded musically as well, which helped change my style. I listened to Zappa, Serge Gainsbourg, Talking Heads, and The Rolling Stones. All of them helped to sculpt me into the drummer I am today.

For our first record, I tried to combine simple beats with creative ideas. I wanted to make sure that nothing was too overpowering, but that it was still noticeable. I took a lot of time coming up with specific decisions and figuring out where to place things. For example, I created space where space needed to be in order for Luke’s melodies or other instruments to take over. Conversely, I brought the drums to the forefront when needed to achieve a certain effect. Overall, I’m really very pleased with how our first record came out. So stop reading already and go check it out on iTunes or at www.myspace.com/lowvsdiamond.

I’m sure we will be playing in a city near you very soon. I can’t wait.

PS: I would also like to thank the lovely Deanna Russo, whose awesomeness helped to make this blog possible. She’s the hottest girl to ever talk to a car. And she’s good with punctuation and stuff.