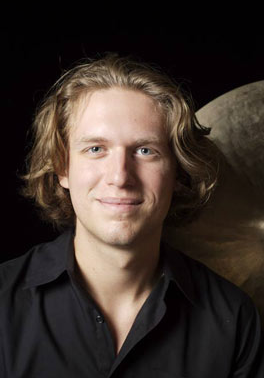 Okay! So it’s about time to start promoting The Flail: Live At Smalls, our second live recording and third record overall. It’s been pretty hectic finishing/mixing/mastering as well as getting all of the artwork finished in time for the shows, but I think we’ve pulled it off. I especially love the artwork for this album. It’s like nothing I’ve ever seen for a jazz record, and I think it really gives you a sense of what the band is about.

Playing at New York City club Smalls for the recording seemed to be a great fit. We all feel really comfortable there, and the sound is great. Great turnout as well. The main issue was deciding what takes would make it on the album. We even threw around the idea of making a double disk, because there was so much music. But we decided to be picky and narrow it down to one CD. In hindsight we wish we would have stopped at the beginning of a couple songs. It goes against the grain of being a live performing musician, but if you screw up the beginning of a song it doesn’t really matter if the rest of it is amazing; you can’t really use it. We ended up doing a couple edits (not too many!) just because we liked some of the performances so much on some tracks with screwed-up melodies/endings/etc. All in all, it was a great weekend, and it was some of the best playing we’ve ever done.

I’ve always been extremely influenced by the New Orleans second-line style, and I enjoy incorporating it into the music that I play. In fact, most of the tunes that we write have second-line all over it. “Second line” refers to the line of mourners walking back from the graveyard after a funeral service in New Orleans. I really try to create a sound on the drums that combines the sounds of Bonham, Herlin Riley, and Elvin Jones. Combining the elements of second-line, the various musical styles I’ve listened to, and my personal style and emotion—I try to create the most powerful groove I can.

I endorse the best stick company in the world, Vic Firth. I’ve been using their SD2 Boleros for some time, and they are completely awesome! They’re big enough that I can get a big, fat sound on my hi-hats as well as a huge rimshot, and the beaded head gives me a great cymbal sound. I’m also with Evans drumheads. (Best heads ever!) They make the best snare drum head I’ve ever used. The reverse-dot power center head has a hard plastic dot underneath the batter side of the head, so it NEVER breaks in the middle. Since the dot is only in the middle, you can get a nice ringing open sound on the edges, and it has the tone of a single-ply head. Totally awesome idea.

As far as cymbals go, I’ve been talking with Meinl. Most drummers think of their cymbals as being primarily for metal players. But I’ve been checking out their new jazz rides, and I’m totally blown away. They make a medium-thin 22″ ride that sounds like an old K–a big wash–but you can still hear the stick. I’m trying to tell everyone that I can to check them out–they’re the real deal.

This month we have another weekend at Smalls (June 27 and 28) and some other hits in the East Coast, as well as a tour in Europe in September. Whenever the band gets together and does a tour like this, it’s kind of like a dysfunctional family road trip: not enough room, cramped sleeping arrangements—. But we’ve been together for almost ten years, so it’s a lot of fun–but there are definitely no formalities. I love playing with this band. It’s great to be able to play with your closest friends and make music that you’re proud of.

If you’re reading this, check out the band at www.theflail.com, come see us play live, and keep it flailed.