One of the many things I always admired about drummers like Ringo, Charlie Watts, Steve Gadd, Liberty DeVitto, Russ Kunkel, Jim Keltner, Steve Jordan, and Mickey Curry is the way they got their heads into the song they were playing. I know this dates me as a listener and a drummer, but it’s what makes me love playing the drums so much. Dave Mattacks is another one of those guys I love listening to, as well as Jim Gordon. The way they got into the song—their tuning—. These guys brought their style to the song, and the way they played their instrument is what made me pay attention. Like many other musicians, I get influenced by what’s being pumped to us by the media, so thank God for the Internet! The Web has changed so much of my listening habits and broadened me as a player. Go figure, huh? There’s so much more to choose from now, and if I want I can find great music from back in the day and new music that wakes me up. It’s awesome!

My band The Hooters has been together for twenty-seven years. Sometimes I can’t believe how long I’ve played with Rob Hyman and Eric Bazilian. Both of them are Grammy-nominated songwriters and great musicians. Rob co-wrote “Time After Time” with Cyndi Lauper, and Eric wrote “One Of Us” (Joan Osborne). I think they both should have won a Grammy the years they were nominated, but who’s accounting for good taste at those award shows anyway? Just my opinion, and you know what they say about opinions.

When I joined up with Rob and Eric in 1980 to form The Hooters, they’d just lost their deal with Arista Records with their band Baby Grand. Mostly studio guys played on their records. Rick Marotta was the drummer on their debut. Their follow-up had David Prater, who was building his legend as a producer, but he was a hell of a drummer too. I remember thinking, What are these guys going to think of me, man? But I just did my thing—and somehow my thing worked with The Hooters. Collectively we listened to a lot of ska and reggae. We loved The Selector, The Specials, and Peter Tosh. Those artists helped influence songs like “All You Zombies” and a bunch of our early songs–and just about everything we’ve done since, even if it was only just the use of a cross-stick.

I came up when everything was recorded on analog tape. Rarely do I see a two-inch machine anymore; if I do it’s usually collecting dust. Some days I really miss it, but technology doesn’t stand still–which is more than apparent on The Hooters’ new CD, Time Stand Still. We recorded the CD in Rob Hyman’s studio in the suburbs of Philadelphia. Rob has two Studer tape machines, but we recorded to Pro Tools. We’re pleased with the results, and to my ears you can’t tell the difference.

I have to say I enjoyed reading the other blogs here: drummers taking care of themselves and sharing what makes them tick. It helps others understand that there’s a lot more to making music than sitting behind a kit and wailing on it.

I hope you enjoyed my blog.

For more on David Uosikkinen and The Hooters, go to www.thehooters.net.

Frank Godla of Meek Is Murder and Empyreon 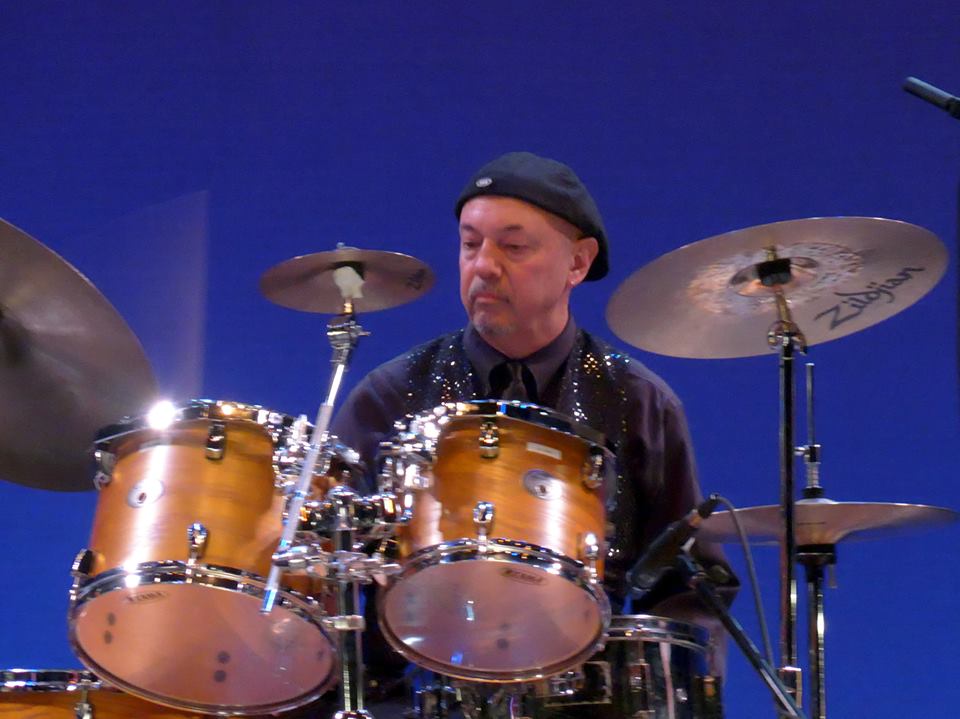