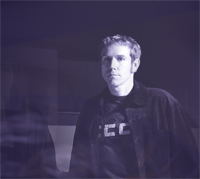 Social Distortion, Agent Orange, D.I.–these are just some of the pivotal acts that helped shape the Southern California punk rock scene. And it’s drummer Derek O’Brien who has manned the throne at some point in time over the past three decades for each of the aforementioned groups. But while he’s credited as a punk drumming pioneer, O’Brien isn’t about living in the past–well, not entirely.

O’Brien’s current gig is with Orange County punk vets The Adolescents, playing songs from throughout the band’s quarter-century existence. “When you’re playing a set of material with songs that are that old,” O’Brien says, “as well as songs that just came out last year, the trick is to make it sound like it’s all current.”

O.C. Confidential, the band’s latest full-length, was recorded in 2005 at Derek’s studio, D.O.B. Sound. Several years ago, O’Brien stepped away from the kit and began manning the mixing console as an engineer/producer. “It’s nice to go from one to the other,” he says. “It keeps it exciting.”

O’Brien’s time in the studio has even changed his perspective when he gets behind the kit. “I perceive what’s going on differently,” O’Brien says. “After working with so many drummers and getting under the magnifying glass of what’s going on, I think about that with my own playing. Even if you’re not into engineering, just paying attention in the studio and listening back to what everything sounds like as a listener, versus what it feels like when you’re playing, makes a huge difference.”

While on a break from Punk Rock Karaoke, O’Brien recently performed on a session for country-rock act Miss Derringer, which also featured another veteran punk drummer–Blondie’s Clem Burke. “I really enjoy working with other drummers that I admire in the studio,” he says. “That’s always a blast.”