Climb around the back of Glenn Kotche’s drumset in Wilco’s rehearsal loft/recording studio on the northwest side of Chicago, and what you’ll see is part hardware store and part orchestra percussion pit.

“In-Glenn-tions,” bandleader Jeff Tweedy calls the array of high- and low-tech noisemakers. Recruited to expand the sonic palette of the leading band in alternative country, Kotche augments his four-piece kit with a specially made compact vibraphone, contact mic’s linking the drums to effects units, floor tiles, gongs, a hub cap, and crotales, ping-pong balls filled with shotgun pellets, and a length of rubber tubing feeding into the air hole on the floor tom. (Kotche blows into it to change the pitch of the head for a timpani effect.)

Hailed as a songsmith by none other than Bob Dylan, Tweedy certainly fits that bill. Kotche first played with Wilco’s leader in an improvisational side project. Early in the recording of the band’s fourth album, Yankee Hotel Foxtrot, he was asked to join the group. “I’ve always looked at whatever parts I play like a keyboard part or a guitar part instead of, What beat should I play on this song?” the thirty-year-old drummer says. “I guess that comes from the orchestra stuff, and the most successful I’ve been at that is the Wilco record.” 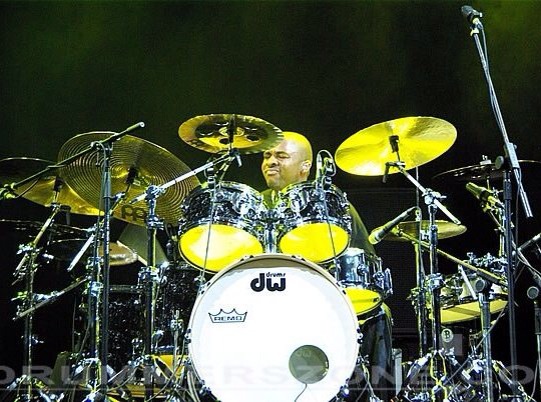