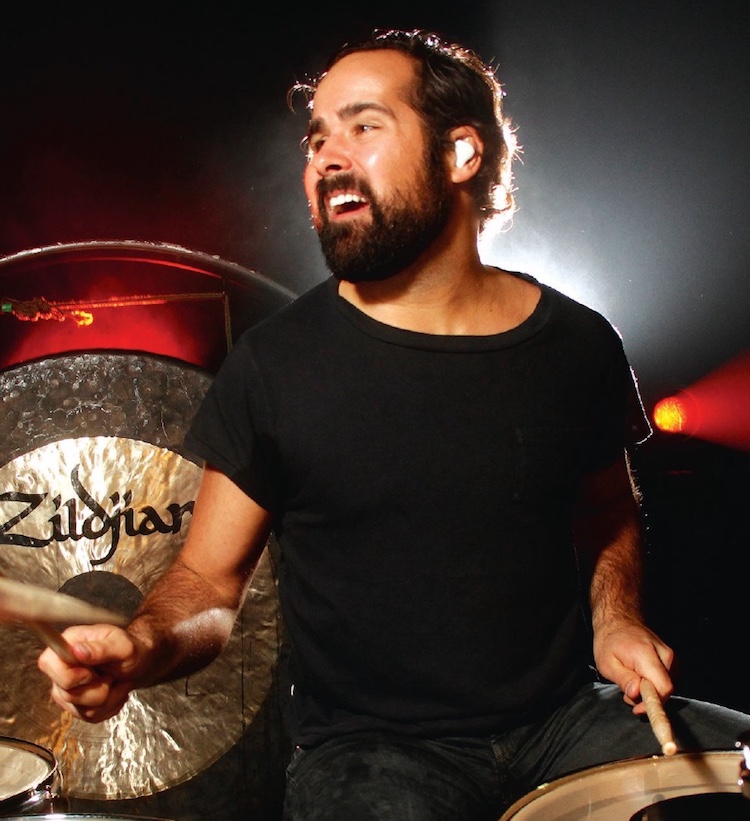 Striding into a New York City hotel, Ronnie Vannucci resembles a dangerous character out of a movie about the Gold Rush or the Civil War. With his jet-black hair, chiseled features, and penetrating gaze, the six-foot-one drummer could easily play a character like Wyatt Earp—or Jesse James. Seeing how Vannucci and his band hail from Las Vegas, perhaps the last remnant of what once was America’s Old West, and how the drummer’s playing is as epic as a classic Hollywood western, the profile he cuts in person seems absolutely appropriate.
Storming his drums on such Killers hits as “When You Were Young,” “The World We Live In,” and “Human,” among many others, Vannucci brings true rock ’n’ roll grit to songs often based on dreams gone wrong or memories of better times. An American original, Vannucci has rethought the drumkit for rock, further enabling his ability to infuse the Killers’ music with hard-charging rolls, goliath fills, tom-thumping war cries, and 2-and-4 backbeats that suggest an unusual combination of John Bonham and Levon Helm—a ferocious punch of a pocket that can reach titanic heights and as quickly fall back to a pure and simple pulse.
Battle Born, the Killers’ fourth album and finest effort to date, finds Vannucci with guns a-blazing. Produced by a handful of the best minds in the music business, the recording focuses excellent songwriting by Vannucci and bandmates Brandon Flowers (vocals), Dave Keuning (guitar), and Mark Stoermer (bass), on such gems as “Flesh and Bone,” “Heart of a Girl,” “A Matter of Time,” “Here With Me,” “Miss Atomic Bomb,” and first single “Runaways.” These songs run high on emotion, fueled by Vannucci’s simple drum setup and gargantuan cymbals. Ronnie’s approach is all about power and skill, blood and guts, and playing for the music.

MD: Your drumming with the Killers epitomizes the qualities mentioned in the title of this story. You perform those cathartic “Born to Run” moments so well, and then you easily switch gears to more intimate dance beats or ballad moods. The work you do with your own band, Big Talk, represents yet another dynamic. What’s the key to successfully performing these different vibes?
Ronnie: The key is listening and figuring out what best serves the song. We worked with a lot of different producers for Battle Born. I love experimenting and working with people to achieve a sound. I’m not talking specifically about drum sounds. It’s nice to be able to look at different dynamics, and perhaps that’s why you hear the different levels in different parts of the song. I just want to serve the song as best I can.
MD: You’re very studio savvy. For Day & Age you recorded the drums in your own studio. How did the ability to do that change your perspective?
Ronnie: It definitely made me more conscious of what the microphones were picking up. I play a certain way, and that’s what I want to hear. Whether I’m playing drags on the snare drum or riding the floor tom, I play at a dynamic level that matches the song. If the song is very delicate, I’m going to play lighter, and if it’s harder I’ll do that. I don’t want to go in after the fact and do snare drum rides on the console. I want the engineer to stick a microphone in there and capture the performance. I will do that until I am blue in the face.
MD: You have an unusual cymbal setup, where you use crashes for hi-hats along with some very large crash cymbals.
Ronnie: I use ride cymbals for crashes. My main ride is a 24″ Light ride, and all the other cymbals are 22″. It’s great—you can dig right into them, dance on them, throw your arm into them…. They’ve got a huge dynamic range.
Obviously, I would play differently on a different set of cymbals. Even when playing guitar, I adjust to what I think that sound should be. In other words, if I’m playing a Les Paul compared to a Rickenbacker, they are totally different sounds, and you’ll have a different sensitivity to whatever instrument you’re playing. Whether it’s bigger hi-hats, smaller hi-hats, or a deeper snare, you’re going to play differently. Give me a nice tight snare and a bunch of smaller toms, and I’ll probably try to do my best imitation of gospel chops. A lot of threes!
MD: Why do you like such large cymbals for hi-hats? 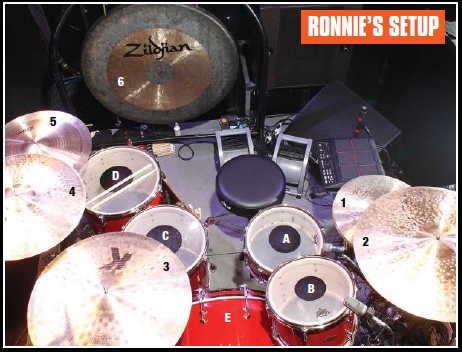 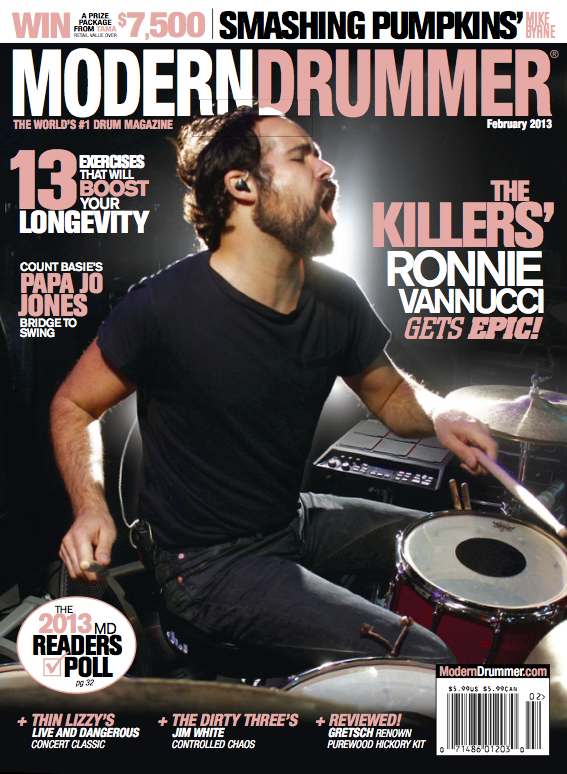 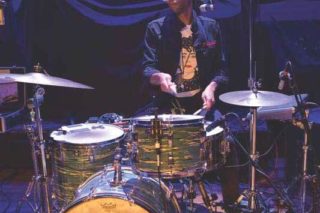 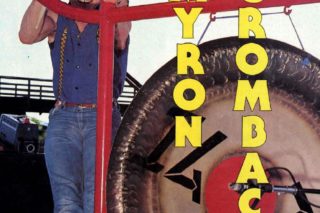 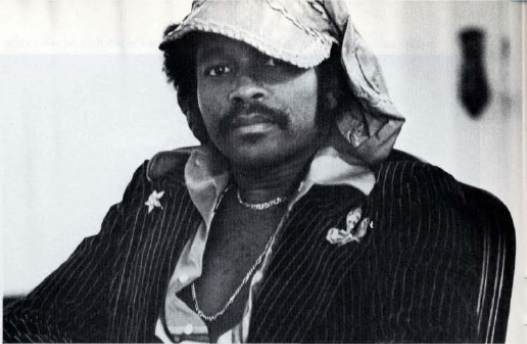