In advance of Epica’s upcoming album, Omega, which will be released next February 26, we’re presenting an exclusive drum playthrough of drummer Ariën van Weesenbeek performing the single “Abyss of Time.” Omega is the Dutch symphonic metal band’s eighth full-length, and their first collection of all-new material in five years.

“My biggest challenge during the recordings of Omega,” van Weesenbeek tells Modern Drummer, “and the drum playthrough as well, was to play with the most precision and power on the kit, but not to lose the balance and dynamics of my playing. I wanted it to be powerful, and I really slammed on the drums and stomped on my kick pedals, and dare I say I increased my power and sound reach on the kit.

“On Omega you can expect some of my most outlined drum parts, fills, grooves, and powerful feel to date,” the drummer adds. “I worked hard on this approach and to get to this energy level, and I’m proud to say I was able to take a step forward with Omega. I had a lot of fun during the [writing] and recording, and I keep on working to get better for the next album!” 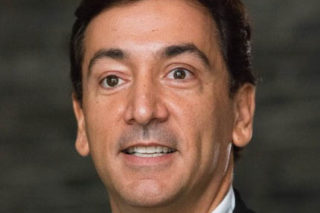