Hello MD family! A few years ago I met Dan Kerby during a NAMM show Zildjian signing. We hit it off and kept in touch throughout the years. This past March, Sum 41 kicked off our new touring cycle at Download Festival in Australia.

Dan is from Melbourne and wanted to show me around his city. He asked me to bring along a pair of sticks and said that we were going to document the day. That’s all I knew, as the two-hour sightseeing trip was a surprise! The video below is the outcome of that amazing day and journey.

We’re thrilled to share our locations with Modern Drummer and hope you enjoy! Frank and Dan 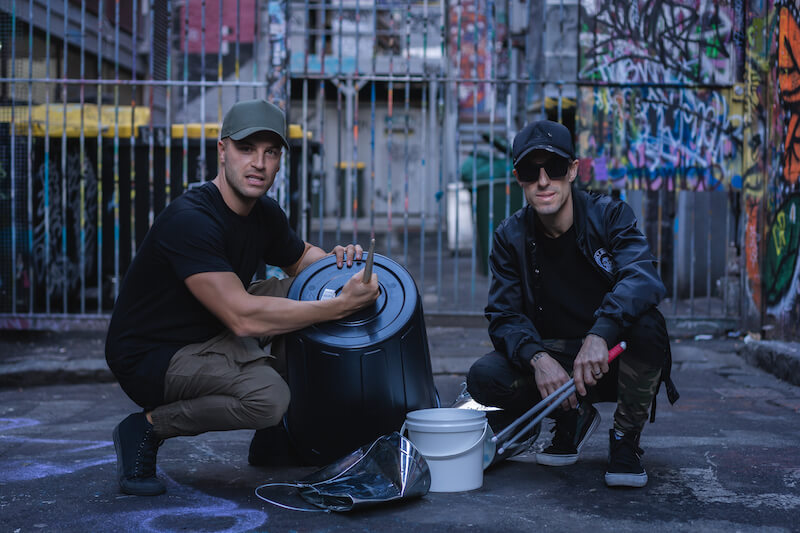 Hosier lane is a much-celebrated landmark mainly due to its sophisticated urban art. The lane has been noted for the quality and the often-political nature of its art. Hosier Lane lies opposite the entrance to the Atrium at Federation Square on Flinders St (Melbourne CBD), a prominent position in the city. Hosier Lane is also known for being one of Melbourne’s top locations for busking.

Southbank is Melbourne’s premier culture destination. In Southbank, you will find the National Gallery of Victoria, Melbourne Recital Centre, Arts Centre Melbourne, the Australian Centre for Contemporary Art, and more. It’s also home to some of the city’s finest restaurants, and the mecca that is Crown Melbourne. 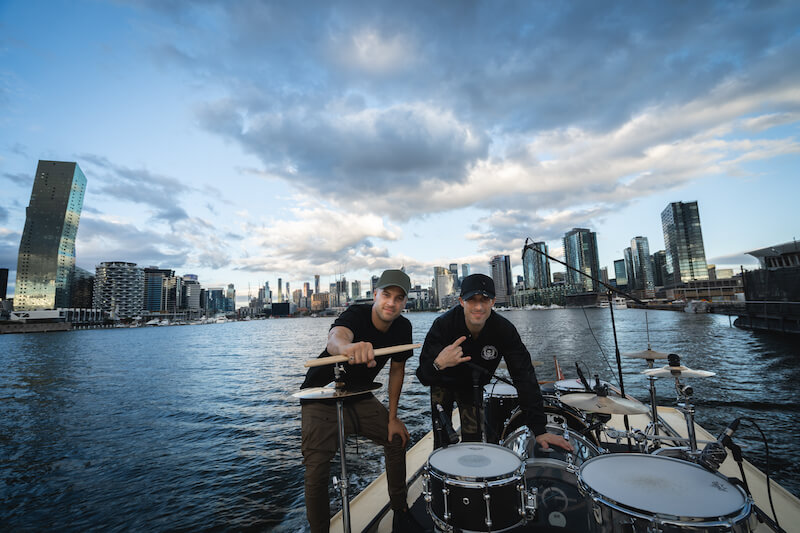 Docklands is a modern harbour development dominated by high-rises and the colorful Melbourne Star Observation Wheel, and popular for its shopping and waterside dining. Families head to concerts and sports at Marvel Stadium (which can be seen in the background of our performance on the boat).

Dan Kerby is a drummer based out of Melbourne, Australia. He currently plays drums for the number-one multi-platinum selling hip-hop group Bliss n Eso. Bliss n Eso have released six studio albums, which include three consecutive number one debuts on the ARIA Charts. Dan is also a member of the iconic Australian punk rock group 28 Days and owns and operates DK Drums Academy.

Thanks to Modern Drummer for sharing our journey!

For more on Zummo, visit @FrankZummo