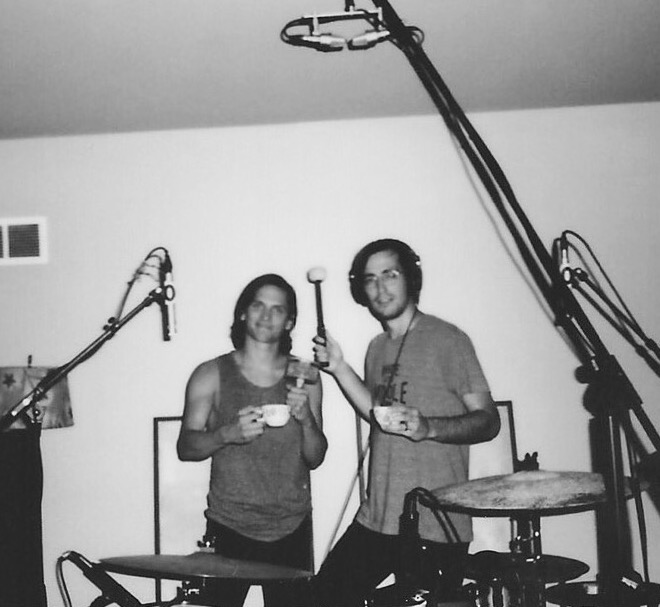 Isaac Flynn had always loved being a musician, having played in bands for most of his life while growing up in Kansas. But it wasn’t until he started penning his own songs a few years ago after a previous project ended that he fully began to understand the depths of his passion.

“I’ve always been surrounded by music—my parents are musicians so I grew up in a studio and was always playing instruments,” Flynn says. “When my previous band ended I wasn’t ready to stop being a musician/drummer, so I started writing songs and making demos myself. I started to realize how much I could convey in three minutes of music and fell in love with songwriting.”

Calling his new project Hembree, Flynn put himself through what he calls “three years of songwriting boot camp,” working on music from the loft where he lives in Kansas City. Looking to inspiration from masters of the three-minute opus like Tom Petty, John Lennon, and Bruce Springsteen, he started sending his demos around to friends and musical peers in the KC scene—but without telling them who was behind the work. The honest opinions were unanimously positive, and Flynn knew he was on to something. So, he started piecing together his dream lineup—because despite Hembree being his creation, he wanted the project to come to life as a band.

He says, “I assembled a group from people I respect as musicians but also want to spend a lot of time with—people who, like me, have committed their lives to music,” he says. The Hembree lineup now includes Flynn on guitar and lead vocals, Garrett Childers on bass and backup vocals, Flynn’s brother-in-law Eric Davis on keys/synth, and brothers Alex and Austin Ward on guitar and drums.

Hello! I want to start off by saying what an absolute honor it is to be featured in Modern Drummer. When I was in the third grade, my dad took a trip to the NAMM show for work. He brought back a copy of MD with Dave Grohl on the cover. The article talked about him starting Foo Fighters and sharing drumming responsibilities with Taylor Hawkins. I read that magazine every single day. In art class that year they had us draw a photo depicting what we wanted to be when we grew up, and I drew myself on the cover of Modern Drummer. Suffice it to say, I am thrilled about this opportunity.

With Austin, our drumming situation in Hembree is pretty similar to the Foos (only they’re better at drumming than us). The drum tracking on our record was a very collaborative process. Austin and I jokingly named ourselves “Percussion Boys LLC”—available for hire; going rate is somewhere around $.03/hr for the two of us— and we would often switch back and forth during the tracking of a single song. It allowed for a really enjoyable creative process. No idea was too out there, and there was a ton of experimentation.

To make the tracking experience even more fun, we had a little daily competition aptly named “Take of the Day.” The winner was awarded some Scotch before everyone else. Austin usually won, but I sure put forth a valiant effort. I also still had some Scotch.

One of my favorite parts of making the record was doing a lot of the drum programming. I tried to find samples to complement the real drum tones. My other secret to this album’s drum sound is the Sound Toys Decapitator plug-in. I would throw it on majority of the samples, and it always seemed to add the perfect amount of grit.

The record was primarily tracked on a Kansas City Drum Company kit. They don’t make drums anymore, but I’ve always really loved this kit. It was my first “pro” set that I purchased when I was in high school. It has a 24″ kick, which is a little over the top, but it gave us a huge open sound that complemented the rest of the tones on the album. A few great friends contributed some amazing cymbals, and we alternated between three snares—Austin’s Black Panther (always consistent), my DW copper snare (for the rockier songs), and a cheap old Ludwig ’70s Acrolite (for the groovier moments). The Ludwig might be my favorite of the bunch, as it has a really great crunch to it. It sounds a little cheap, but in the best possible way. It’s the perfect indie rock snare.

Other gear that we’re currently digging includes anything by our friends at C&C Drum Co., and the JHS Colour Box. If you haven’t ever run your room mic through the Colour Box, I strongly recommend it! And if you haven’t noticed by now, we love Kansas City gear! 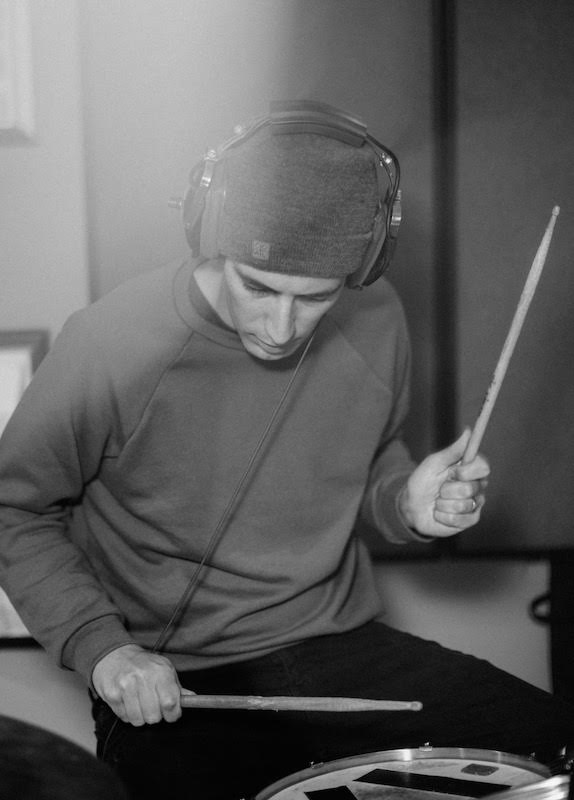 Hello, all you Modern Drummers! What an honor to be invited to share my drumming experience and gear that went into the recording of Hembree’s debut album, House On Fire. I’ve been a fan of Modern Drummer magazine since I first picked up sticks in fourth grade. I can thank MD for a lot of the knowledge, tricks, and techniques I’ve learned from reading interviews with all my favorite drummers.

The recording of House On Fire was a collaborative effort in the truest sense. Hembree’s lead singer and guitarist Isaac Flynn (also a drummer) convinced his parents to let us transform their Lawrence, Kansas house into a recording studio. We wanted a comfortable space where we could get creative. It was our version of Incubus recording Morning View, only instead of recording in a mansion on a Malibu beach, we were in a dark basement in Kansas with Isaac’s mom cooking us quesadillas every day for lunch.

But the makeshift studio also meant we needed to acquire the best drums and cymbals around to get pro-studio tones. Some of my closest friends and drummers I admire, like Beau Bruns (of indie-band Cowboy Indian Bear) and Jim Barnes (an engineer and previous Hembree drummer), were on hand to provide their personal gear to help enhance our recording. Beau’s Meinl 24″ Dry ride and 15″ hats in particular ended up on almost every song on the record. It’s that community of musicians and willingness of fellow drummers to lend gear or suggest playing techniques that make being a drummer so enjoyable for me.

The most special ingredient to Hembree’s songwriting and the recording of our record is the fact that our front man Isaac happens to be one of the best drummers I know. Having two drummers in the band gave us the option to swap drummers mid-session to experiment with new beats, fills, and ideas. We had no problem checking our ego at the door or giving up the throne to one another if it meant reaching the fullest rhythmic potential for each track. Our drumming styles tend to complement each other so we ended up with a cohesive, fresh sounding record with a variety of drumming ideas that we wouldn’t have gotten with just one drummer. We’re not at Dave Grohl and Taylor Hawkins level (yet!), but knowing the potential having two drummers in a band brings to songwriting and live shows gets me real jazzed for the future.

I’ve been rocking the same setup for more than ten years—DW 20×24 bass drum, 10×13 rack tom, 16×16 floor tom, and a 7×14 Mapex Black Panther snare drum. I play Zildjian Avedis cymbals: 22″ ride, 19″ medium crash, and 14″ Paiste Signature hi-hats. It all sits on DW 5000 series hardware with Evans drumheads. I use Shure e5c in-ear monitors, Promark 5A sticks, and play a Roland SPD-SX for samples with ddrum triggers on the snare and kick blended with my dry tones.