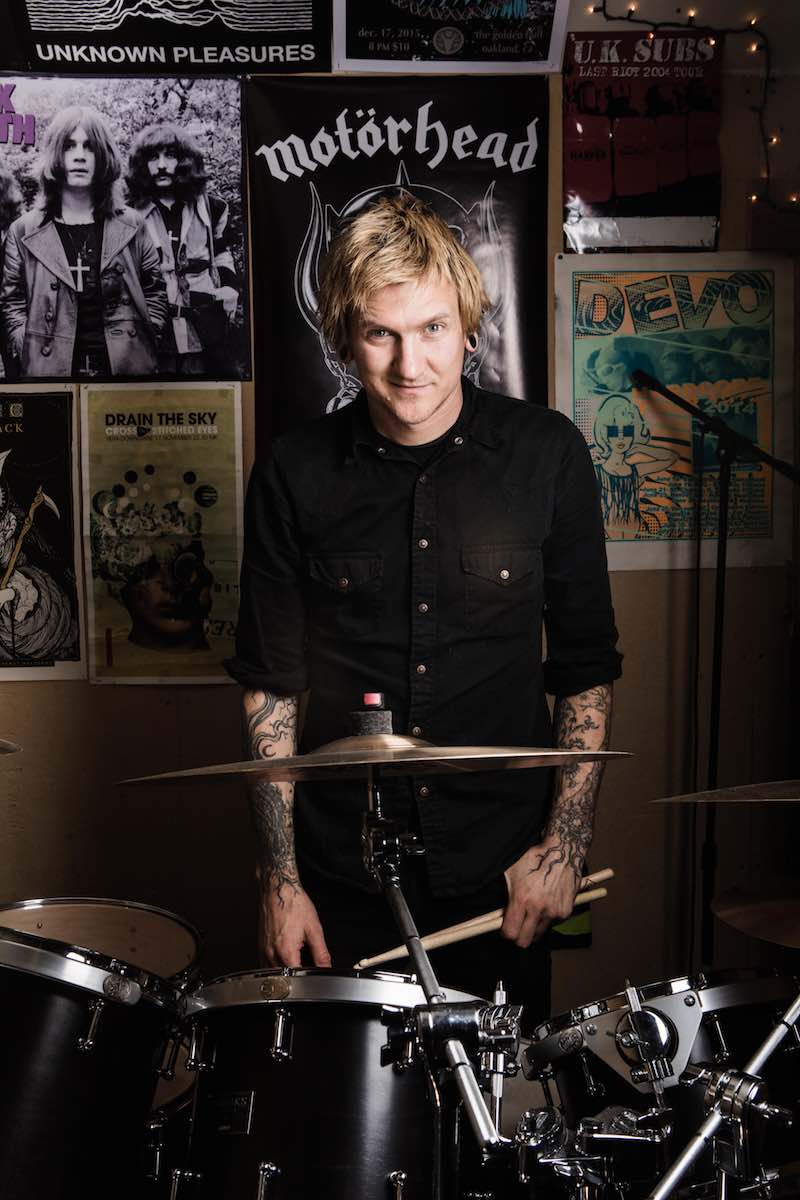 My name is Jason Willer and I’m a Bay Area native who started down the drumming path at age eleven in 1989. I was a messed up kid with all sorts of issues and the conventional way of learning wasn’t working. I did have Modern Drummer from the start, yet no money or means (pre-Internet) to hear what the top drummers in the magazine sounded like. Nor did I have any knowledge of reading music at the time. I had a bit of support from a neighbor who heard me banging on buckets and took pity on me by giving me a Blue Sparkle CB700 he had around.

I tried marching band as a freshman but the “jocks with sticks” mentality, as well as the competition at that level, scared me off. At fifteen I joined a punk band called TFM (Teenagers From Mars) and we started playing shows around the Bay Area on weekends as well as school nights. I would go to school the next day with a growing perspective of how things really were and how I wanted my life to be. TFM played with some pretty legendary bands at some pretty legendary clubs in the mid-’90s and I quickly found that music, the scene, and performing live was all I wanted out of life.

In 1996 I joined Lookout! Records recording artists the Enemies and we did a few national tours. In 2001 I heard that the English punk rock legends U.K. Subs needed a drummer for a Brazil/Argentina tour. I was able to get in touch with one of their guitar players and a few weeks later there I was, playing and recording in South America with the band.

I was in U.K. Subs from 2001 until 2006 and lived in Germany for some of that time. In 2006 I moved back to the Bay Area where I found myself cooking in kitchens, burning my hands, and cutting myself. I read an article in Modern Drummer about making a living as a working drummer. I decided I was going to figure out how to teach and then realized that even with all those years of playing and touring in punk bands, I still didn’t really know how to play well, let alone teach.

I started buying books and DVDs and practicing a lot and I landed a job as the drum guy at the Starving Musician in Berkeley. There I was able to soak up knowledge as well as pass out business cards for my teaching occupation while selling sticks, pads, and kits.

During my formative teaching years I realized playing this instrument would be a full time job for me; I am no natural. I have to work incredibly hard for it. The key was finding a daily set structure of things to work on diligently and thoroughly. That was the only way to finally start seeing results. Once I realized this, my attitude about practice got better and my self-confidence grew and I also became more hirable.

In 2012 I was asked to team up with Nicky Garrett from U.K. Subs again to back up Nik Turner from the UK space rock/prog band Hawkwind. During that time I also played with other prog bands, which was way out of my comfort zone. In 2016 I was asked to audition for SF punk legend Jello Biafra and GSM and got the gig.

I recently teamed up with bassist Matt Freeman (Rancid) and our band is called Charger. We are releasing a seven song 12″ EP in May 2019. I’m stoked to be on this drumming path, and am excited to see what the future holds.