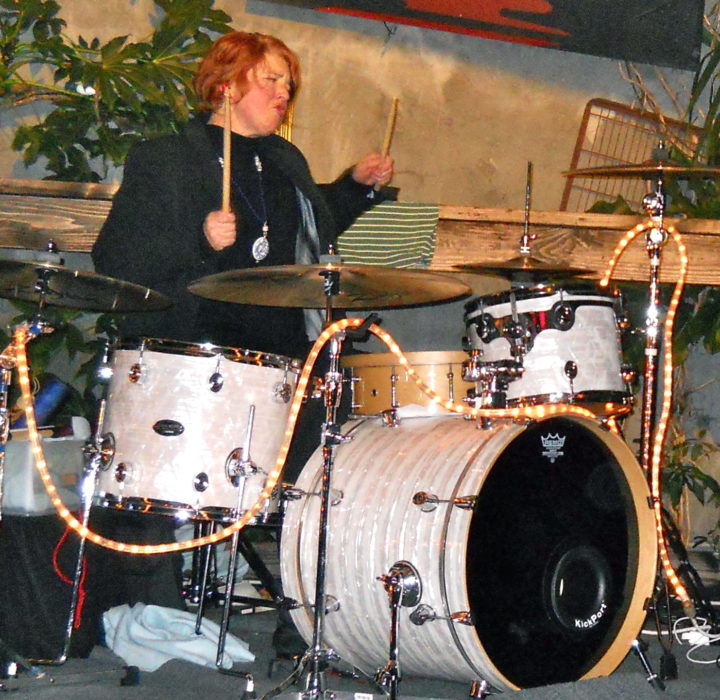 Hello MD readers! I love the magazine and appreciate the opportunity to connect with you here online and give you an update. I wake up every day and think about how fortunate I am to play and teach drums. It has been a path with some exciting twists and turns and I’m enjoying this music-filled journey, for sure!

Currently I am rehearsing for a fall West Coast tour with Elettrodomestico featuring Jane Weidlin of the Go-Go’s, Pietro Straccia, and my friend Joe Gore on ukulele bass—super fun songs and groovy people. Joe and I have had some great times together musically, including touring with Grammy-winning singer-songwriter Tracy Chapman and our instrumental duo project, Mental 99. I also drum with the talented Shana Morrison (daughter of the legendary Van Morrison) and play with various artists live and in the studio. A recent session at Fantasy Studios in Berkeley was the soundtrack to the documentary film Mifune: The Last Samurai.

I teach privately in San Francisco; finding innovative ways of helping people of all ages learn and enjoy drumming is a daily practice. I have used that insight to help create method books including the most recent release via Onlinedrummer.com, Chart Topping Drum Fills. I am also currently working on a new beginning drum course, likely to be released in 2018. 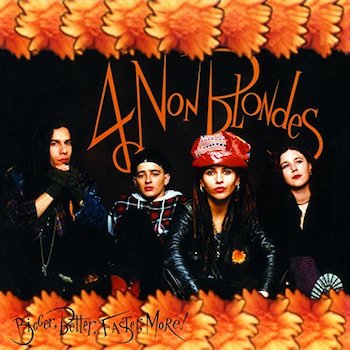 I recently found out that the 4 Non Blondes album Bigger, Better, Faster, More! will have its first ever American vinyl release this fall. Playing drums in that band and having the song “What’s Up” become so successful around the globe was one of my drumming career highlights. I am extremely grateful for that experience—to have a hit song and tour with the band was special indeed. The Wachowskis captured the essence of song’s worldwide appeal recently by featuring it in the Netflix series Sense8.

I was a teenager who loved music, with rock posters plastered on my walls and a drumset in the corner of my room. I got a great start with private lessons—thanks Jim Volpe and Jim Vessiny! I played drums and percussion everywhere I could—school orchestra, concert band, marching band, and on kit with locals and friends. I studied classical percussion (and a tiny bit of jazz) at Cal State Long Beach/Los Angeles, with some great players/teachers including Raynor Carroll, Greg Goodall, and Steve Houghton. In college and after, I lived in Hollywood and played in tons of original bands before I got the opportunity to audition for 4 Non Blondes and make my move from SoCal to NorCal. While those two are geographically close, I do feel I have come a long way.

My advice is to keep practicing, never give up and enjoy the musical journey, wherever it takes you. Thanks for reading!

For more, see the links below.

And to learn more about Richardson, visit http://dawnrichardson.com