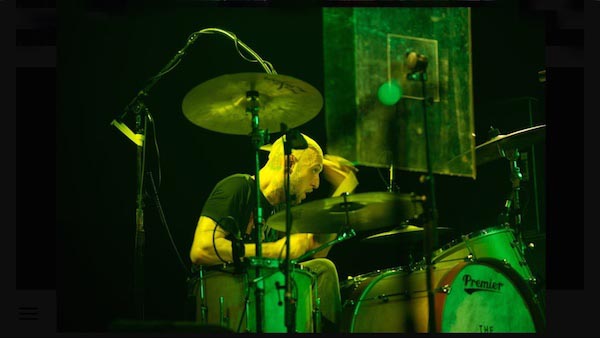 Hello MD, I’m Mince of the Fratellis. Our band met in Glasgow in 2004 after I stuck an advert in a window and we’ve now celebrated the tenth anniversary of our debut album, Costello Music. We are excited to be making our fifth album in LA next month with mega-producer Tony Hoffer.

I received an early introduction to music from my dad’s generation and the British blues boom. I listened to the demos of my dad’s blues cover band and clearly remember hearing the simple guitar/bass/drums equation that made a song. Guitar became my first instrument and I loved lead and rhythmic acoustic because of the expressiveness. Drums were the natural progression from there, getting my own kit at age twenty.

I played in a punk style in the early days with the Fratellis. As our sound evolved into more eclectic sounds, I was lost, battering the kit as hard as I could, looking like a fool. If I wasn’t hitting my hardest for the entire gig, I felt I wasn’t giving the audience a proper performance.

Then, in 2009, I joined my dad’s band. I quickly learned the importance of playing for the overall sound of the band and allowing space for the other musicians to have their fun. I learned to hear the drums and explore the different sounds they can make and then applied them to slower, groove-based songs. Implementing this with the Fratellis made the guys instantly happier. It’s easily the most important thing I’ve learned. Play to make the band work so that the audience can enjoy seeing every band member have fun, and not just watch the band clinically work hard. To me, drummers are replaceable; to the audience, a lot more people recognize a singer’s voice than a drummer’s style, so we need to make sure that we are the heart and soul of our band. 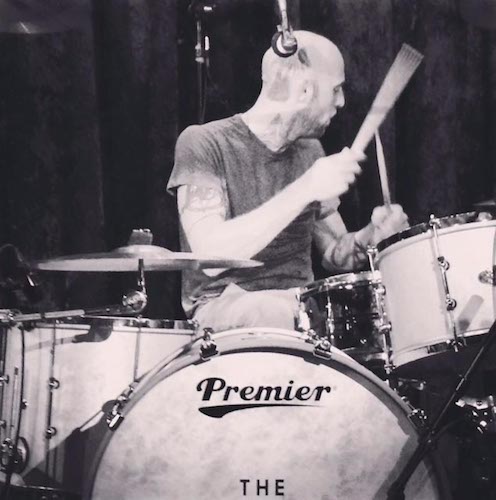 I play drums alone every night, over-rehearsing and exhausting everything so that I can apply new ideas in band rehearsals and so that I can have fun on stage. As my creative outlet, drums keep me sane and offer infinite learning possibilities. Listening to great music of all genres day and night makes me feel invincible and free.

My kit is a Premier Modern Classic (mahogany and bird’s-eye maple) 8×13, 14×16, 14×22, and an 8×14 Ludwig wood snare. I tune my toms to their lowest tone and use Moon Gels to deaden the sound. I play with Iron Cobra pedals that have a raised marker, acting as a guide to keep my feet in place and use skateboard grip tape for pedals. My cymbals are Paiste and I have DP Drumblocks to hold my drums in place on the carpet. Chalk balls keep my hands grippy during sweaty gigs—I keep spare sticks to my left and right—and four-legged drum stools give better balance than three.

Check out the Fratellis performance of the Who song “The Seeker” with Roger Daltrey from their Royal Albert Hall Teenage Cancer trust gig in 2008 here:

Watch the Fratellis “Baby Don’t You Lie To Me!” (Official Video) here: