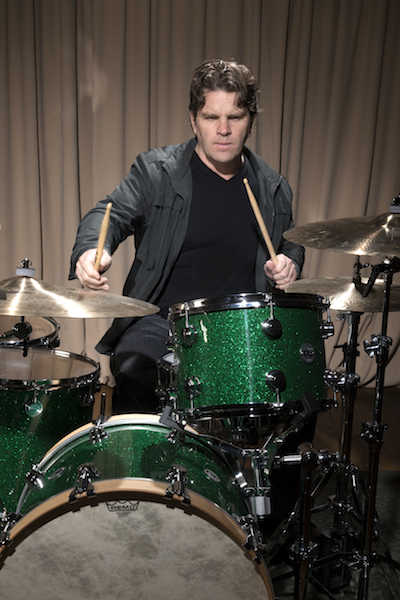 Hello, MD readers, a lot has happened in 2016. I’ve been playing for the platinum pop rockers the Goo Goo Dolls and earlier in the year I recorded drums and percussion on their newest release Boxes. I also co-wrote the latest single “Over and Over.”

In the spring we did tons of TV promotions for the new release and then headed out for a three-month headlining US summer tour playing classic venues like Red Rocks, the LA Greek, Jones Beach, and many more. In the fall we hit the UK for a handful of sold-out shows and then went back to the states to play the cities we missed during the summer.

Gear wise I’ve been using my indestructible DW maple kit with Remo heads, the new Zildjian Avedis series cymbals (which are incredible sounding), Vic Firth 55A sticks, and a brand new product called Drum Dots, which are the best solution for drum muffling I’ve ever come across.

In other 2016 news, after fifteen years of living in Los Angeles, I relocated to Portland, Oregon. I’m very excited to explore the ever-growing music scene there for new projects and sessions.

Coming up, the GGD’s will be heading to Asia in February and are booking more US dates for summer of 2017.

Always stay on the beat! Thanks for checking in!

Watch the Goo Goo Dolls perform their song “Over and Over” at a Sirius XM event at the City Winery Chicago here: