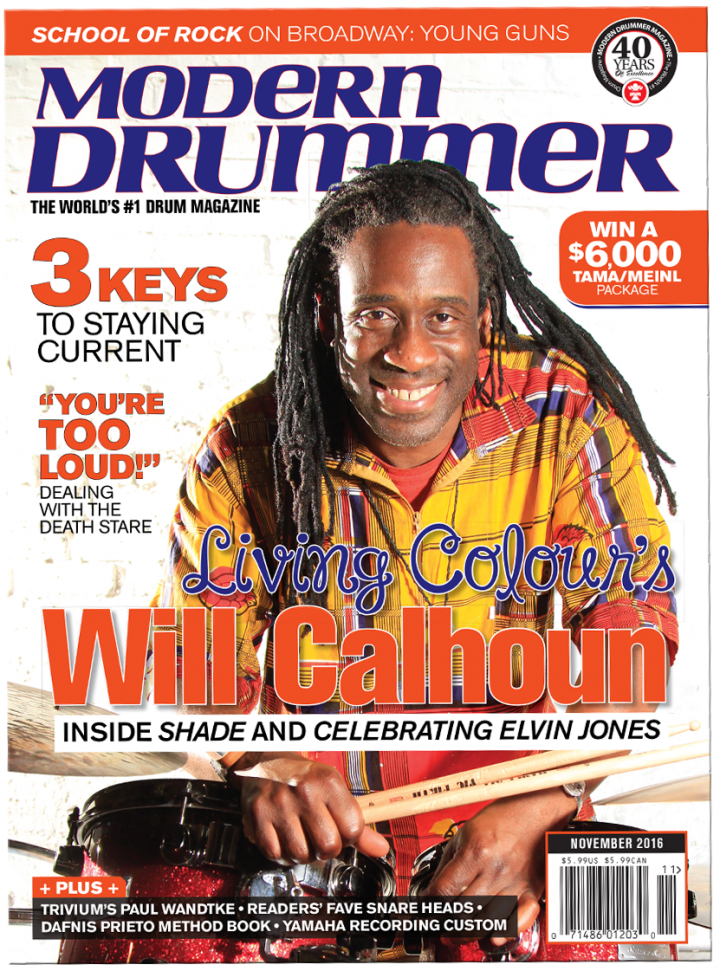 “The way Elvin Jones hit the toms and the structure of his rhythms was very much a warrior kind of approach, and he swung really hard.”

Like his late, great idol—the subject of his brand-new tribute album—this ever-curious world traveler applies ancient wisdom, athletic intensity, and deep listening skills every time he sits behind the kit. ~ by Ken Micallef

…spent years making sure he’d be ready when “the call” came. ~ by Ben Meyer

…occupies a space somewhere between art-rock, post-punk, and whatever the music of the future sounds like. by ~ Ken Micallef

Whether arena-rocking Halsey or driving Ryan Adams’ 1989 album, he never loses his voice. ~ by Ilya Stemkovsky

The drummer with the legendary indie-rock band has found success by taking a pragmatic approach. ~ by Patrick Berkery

THE MAKING OF THE PNEUMATIC TRANSIT’S CONCERTO FOR DOUBLE MOON

An Umphrey’s McGee side project shines a bright light on the dazzling playing of the band’s founding drummer. ~ by Michael Parillo

UP & COMING: THE DRUMMERS OF SCHOOL OF ROCK: THE MUSICAL. DANTE MELUCCI and RAGHAV MEHROTRA

…represent their (young) generation on Broadway with passion and maturity. ~ by David Ciauro

Part 4: Triplets With a Right-Hand Lead ~ by Donny Gruendler

An Alternative Approach to Practice ~ by Dan Macy

Gearing Up: Living Colour’s Will Calhoun

AN EDITOR’S OVERVIEW – Your Idols Are Your Teachers

New Pixies album, Brad Wilk on tour with Prophets of Rage, and more

Contest – Win an Incredible Prize Package From Tama and Meinl value over $6,000!