Iconic indie band the Pixies has just released its newest album, Head Carrier, a twelve-song set that recalls the alternative/punk sound that defined the band in the late ’80s and early ’90s. Modern Drummer recently caught up with David Lovering, the drummer behind such revered classics as 1988’s Surfer Rosa and 1989’s Doolittle, to dig into the new album.

MD: Can you talk about your drumming influences?

David: Growing up, my main thing was Chicago, Steely Dan, and Led Zeppelin. And I remember when I first joined the Pixies, I was as busy as those drummers as well. That’s where I learned that I couldn’t be that busy. But those were the main three groups.

MD: Do you have any specific ideas that you took from them?

David: No, I was just trying to cop their songs. That was really it—just trying to play along. And there weren’t really any ideas or anything. But I was just way too busy the first couple of months with the Pixies, where it was just fill after fill after fill. [laughs] It just didn’t work out. But it took me a few years until I figured out that less is more. And of course there are little subtleties and things like that. But I’m not going to go crazy anymore.

MD: Did anyone in the band ever tell you to play less?

David: I’m sure they did. I can’t recall exactly, but I’m sure back in the day I was getting critiqued—including by me, listening back to what we were recording. But they had made it very apparent to me.

MD: Did you bring any concepts into the new record from a drumming perspective?

David: I think the drumming is pretty sparse. That’s what I’ve been doing lately. If there’s any lesson that I could apply that I’ve learned over the years, it’s that less is more—play the right things without overplaying. That’s the only thing I can do.

One of the things that was great about doing this record is that we had six to eight weeks of preproduction, going to places like Toronto and L.A. and Bath, England, and just working these songs out until I at least was very comfortable with them. So when I did go into the studio—this is the best part about it—I did my drums in three days flat. It was done. And then I had two and a half weeks to kill time, or at least give moral support. [laughs]

MD: What was the purpose of doing preproduction in different areas? Were you looking for different settings for inspiration?

David: I think it was just where we were at the time—either touring or doing shows. And it just worked out to end in one place and kill some time with rehearsal before we had to go to the next place. And we also had a new producer, Tom Dalgety, and he lives in Bath, England. So it was great that we were able to go to him, and he was able to come to us in Toronto or L.A., where he gave some input. That was invaluable.

Back when the Pixies first started, we just played in clubs, and that’s the way you honed songs. So just having this opportunity to work these out in a room every single day with a producer giving critiques was invaluable. And we had songs where we thought, Oh, this is going to be a great Pixies song, I really like it. And he goes, “No, it’s not a Pixies song. Get rid of it.” [laughs] So there were a few of them that just went. But we worked at it and got the best ones, and we’re very happy with what we came up with.

MD: Did Tom Dalgety have any input for you from a drumming perspective?

David: I wouldn’t say much, but I wouldn’t say that in a bad way. There were songs, like the single we recently released, “Um Chagga Lagga,” where he asked me to play with the kicks on the offbeats, rather than just [taps and sings pattern] “um bap, um bap, um bap.” And that changed the song completely. That was one thing that he did give me input on. I can’t think of much else. And it was surprising, because the band he worked with before us was Royal Blood, and that band has an insane drummer. So I don’t think he gave any input there. [Royal Blood drummer Ben Thatcher] is incredible.

MD: Did the lengthy preproduction open any creative doors with the music?

David: I should say…. The first Pixies album was Come On Pilgrim, which was a demo that we did, and then came Surfer Rosa. And then it went on from there. And with each new album there was less time to really work out the songs, and then we’d go into the studio with limited time and do a record. And I used to hate recording. I just grew to hate going to the studio. I wouldn’t say I’m a slow learner, but I like to get things really comfortable and finished with the way that I like it. And it was very hard to do things early on. That’s not to say that they were bad. I was very happy with all of the albums. But to have less of an opportunity to really work things out was very hard. And, again, having this time to do it, you can work things out. Songs changed immensely in the way they were arranged. Parts became easier to come up with because of the familiarity with it. But it worked out wonderfully.

MD: You didn’t enjoy recording before. Do you enjoy it now?

David: Oh, yeah. This was a blast. I should say that [2014’s] Indie Cindy was another one where we hadn’t recorded in thirteen years or so—that album was recorded during our reunion. That was one that I worked out at home, and I was comfortable with my parts. For this record, I was even more comfortable. I had much more time, so I was really set with everything.

MD: In your opinion, once a song is recorded, is the song done? Do you play it exactly the same way live?

David: I try to keep it the same as the record. There’s one song we play called “Where Is My Mind?” We’d been playing that since maybe 1987. Recently I listened to it for the first time in years—I didn’t need to because I play it all the time. But I realized, Wow, I’m playing it wrong. [laughs] It was missing a hi-hat opening and closing. So lately I’ve been adding that back in.

MD: You have a really specific snare sound, and it’s been around since the early Pixies records. How do you get your snare tone? It sounds like the new record even matches your sound. 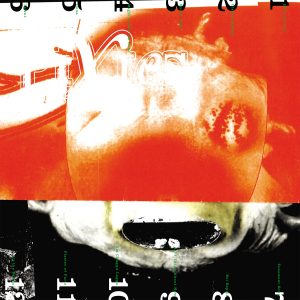 David: A lot of that production was from [producer] Gil Norton, and that probably played a lot into it. There were different snares that he used in a lot of different songs, from piccolos to wood ones to deep ones to steel ones. On Head Carrier, what’s funny is I brought an Acrolite with me to London at RAK Studios, where we recorded this. And I had five or six other snares that my drum tech, Chumpy, had brought in and loaned me. It turned out that the Acrolite—which I don’t play live—was the most-used drum. It wasn’t a huge studio, but because of the room, the miking, and the ambient mics, that drum sounded huge. It filled in perfectly. It was funny how a backup drum that I don’t really use became the main snare on the record.”

David: Yeah, I always do.

MD: Were there any challenges working with it early on?

David: When we first did Doolittle, Gil introduced me to the click. At first it was very hard, and it only got easier from working with it for years and years. Now I don’t even know it’s there. Honestly, it’s just second-nature playing along with it and just staying with it. And I think that’s just from practice.

MD: The band seems to have this iconic presence, especially considering some of the musicians that cite the group as an influence. How do you feel about your impact?

David: It’s hard to explain, because from my point of view, I’m just Dave, and I’m in a band with three other people. And the music, even though it’s personal to me, it’s hard to look outside of it and see the effect it’s had. I understand what it is. When I see bands that I like, I understand that kind of thing. But it’s hard for me to say, “Oh, you know, I influenced all these bands.” [laughs] It’s nice to hear that. I enjoy their music and stuff. But I don’t think it’s because of me or anything like that. It’s cool. But I don’t think about it every day.

MD: What’s the future for the band?

David: The album is coming out, and then we’re going to tour and tour and tour to support it. Wash, rinse, and repeat—that kind of thing. I’m looking forward to that.

MD: Are you planning on continuing this cycle? Is the band going to keep making records?

David: I hope. I think Indie Cindy was an impetus for us to realize that we’re still a band, and we can do this. And I don’t think that’s going to change. We enjoy being in the studio and recording. And I think the best is yet to come. So we’re going to keep working on it, because this is something that we love.

MD: How’s the response been?