MD: Can you describe the band’s influences? It sounds like there would be a wide range.

Evan: We draw from an incredibly broad range of influences. The three of us all have a love for electronic music, and more specifically, artists who are pushing boundaries with sampling. Some examples are Son Lux, James Blake, Radiohead, Aphex Twin, and RJD2. We also come from a classical background, having studied classical percussion at Indiana University, so there is a lot of contemporary classical influence in our writing. The compositional styles, instrumentations, and processes of composers like David Lang, Steve Reich, John Luther Adams, Bryce Dessner, Tristan Perich, and Daniel Wohl can definitely be heard in our compositions.

On the rock side of things, we’re all big fans of instrumental math-rock and post-rock bands like Explosions in the Sky, Sigur Rós, Battles, the Mercury Program, and Tortoise. Lastly, we are very much influenced by other ensembles who are also in the contemporary-classical crossover world, such as S?? Percussion, Eighth Blackbird, Alarm Will Sound, and Roomful of Teeth.

MD: In “A-frame” off of Juniper, there’s a groove around the three-minute mark with single hi-hat hits that first occur a 16th note after the backbeat, and then during the second half of the phrase they sound like they come before it. It almost creates this push-pull motion, or feels like the groove is swirling. Do you have any specific approach to writing patterns like this?

Evan: This kind of writing draws from my love for process music. I’ll admit that I’m a total nerd when it comes to math in music, and I’m fascinated with permutations and serialism. On a larger scale, the group will often throw in compositional processes like addition, diminution, and phasing. But on a smaller scale, I’ll occasionally throw permutations into my drum parts. The “A-Frame” groove that you’re referring to is a subtle example of that. A more obvious example is the ending of “Unraveling,” where the bell of my ride cymbal cycles between every fourth 16th, then every third, then every second, then every downbeat, and then back again through the cycle in reverse. Like I said, I’m a nerd.

MD: In “Name Not One Man,” around the 0:50 mark, it sounded like you were playing a five-over-four polyrhythm while accenting the fives with the bass drum, and then moved the fives over to the hi-hat and added a groove underneath. Are you continuing the five-note group with one hand while playing a groove with the other once it kicks in?

Evan: That’s exactly what’s happening. In rehearsal, I jokingly began playing a five-over-four rhythm during that section and realized that it actually effectively brought the energy level of that section up. It begins with five over four between the hi-hat and rim of the snare, and then adds in the bass drum, which accents the first, third, and fifth notes of the fives. Then it expands into a full five-over-four groove between my cymbal stack, hi-hat, kick, and snare.

MD: Do you ever find it challenging to incorporate certain advanced rhythmic concepts, such as the “Name Not One Man” groove, into the band’s music? And what inspires those ideas?

Evan:  It’s actually fairly natural for us to explore more advanced rhythmic concepts because of our background as classical percussionists. We come from a contemporary percussion ensemble background, where there’s often intricate polyrhythmic material happening. So those kinds of rhythms are in our blood. A significant amount of our time as music majors was spent programming music that is intellectual and complex. We strive to take those concepts and make them accessible outside of the recital hall.

MD: Is that a concept of the band, to push forward into more challenging rhythmic territory?

Evan: Absolutely. While we are now a rock band with loud amps that plays clubs and bars, we still retain our percussion ensemble roots. A lot of complex rhythmic concepts find their way into our music, whether we’re conscious of it or not.

MD: At certain points it feels like standard drum grooves are dropped in favor of creating more of a percussive approach. For instance, using floor toms almost as a melody instrument. Is there any concept behind this approach?

Evan: I’m generally drawn to drummers who think more like composers and percussionists. Glenn Kotche is a perfect example of this. He’s expanded his drumset to be more like a multi-percussion setup, which causes him to think about his parts differently. I think along those same lines, using different drums and cymbals as different parts of the melody. I use a non-traditional setup with SPRH, which also inspires me to come up with more unique parts.

Our floor toms are a very large part of our sound and the drum patterns that develop between Sean [M. Gill] and me. Sean plays a floor tom in his setup as well, and we’re often coming up with patterns that work together to create something that no single player could achieve. During the section beginning at 6:07 in “Unraveling,” the two of us build a hocketing drum part in an additive way. With every repetition, Sean builds his part note-by-note from the back to the front, and I build mine from the front to the back. The result is a section that gradually evolves from seemingly chaos to a powerful groove.

Evan: We generally develop initial arrangements individually on our computers, and then we’ll bring in the parts to the rest of the players for them to add their own input. A lot of the most interesting parts are the result of writing on the computer, but it’s a challenge afterward for the three of us to find a way to make them physically playable. We’ve honed our instrumentation over the years as a band, so that now when we write for the group, we have the main sound palette of drumkit, vibraphone, Rhodes keyboard, and electronics in our brain. Although the three of us come from a similar academic background, we each have our own distinct musical identities that tend to shine through amidst the composite sound.

MD: Do you incorporate any electronics or samples into your live setup?

Evan: The three of us incorporate electronics into our live setup very heavily. Sean and Carlos [Pacheco-Perez] both have MIDI keyboards, which are triggering a wide range of sounds including samples, loops, MIDI instruments, and more. Carlos is a wizard when it comes to foot pedals, and looping the Rhodes keyboard is a very important aspect of our sound. I use a Roland SPD-SX sample pad in place of my rack tom, and I’m triggering samples, loops, and bass lines in essentially every piece. We also play along to backing tracks that are programmed ahead of time, and we think of them more as another instrument rather than a crutch to make our live show more impactful.

MD: Can you describe your music education background? 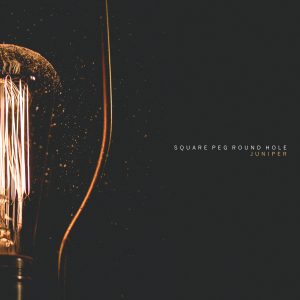 Evan:  I was fortunate to have fantastic private instructors and supportive parents when I was growing up. My dad has always been an avid fan of jazz and fusion music, so I was exposed to most of the all-time greats from a very early age. By the time I started getting serious about drums, I was already familiar with and entranced by players like Art Blakey, Elvin Jones, Tony Williams, and Billy Cobham.

I started taking formal drum lessons in fourth grade from a local teacher named John Gleason, who taught me how to fluently read drum notation and gave me a solid foundation in many different styles. John was the one who turned me on to my favorite drummers growing up—progressive rock icons like Mike Portnoy (Dream Theater), Neil Peart (Rush), Jon Theodore (the Mars Volta), Danny Carey (Tool), Charlie Benante (Anthrax), and Tim “Herb” Alexander (Primus). Because of Gleason, most of my middle school years were spent diving deep into progressive rock and metal, exploring different time signatures, nontraditional drum setups, and intricate compositions. This has stuck with me over the years and subtly creeps its way into the present day in my playing with SPRH.

After John Gleason retired from teaching drums, I went on to study with several other wonderful private instructors—Grant Menefee, Scott Tiemann, and Robert Burns—who each taught me a unique set of skills including orchestral, Brazilian, and Afro-Cuban percussion, four-mallet marimba, chart reading, sight reading, and more. All of this prepared me for a degree in music.

During my time at Indiana University as a classical percussion major, I studied with each of the four percussion professors: John Tafoya, Kevin Bobo, Michael Spiro, and Steve Houghton. The percussion faculty at IU was extraordinarily helpful in my development as a player and broadened my horizons. Because of Michael Spiro, I discovered a real passion for Brazilian and Afro-Cuban percussion, and I spent a significant amount of time practicing instruments such as the repinique, pandeiro, batá drums, and conga drums. I was exposed to styles of music like rumba, samba batucada, and maracatu, and they all influence the rhythms present in SPRH compositions.

MD: Who are your drumming influences? What do you take from them from a playing perspective?

Evan: Some of my biggest influences behind the kit are Ian Chang (Son Lux), Glenn Kotche (Wilco), John Stanier (Battles), Jason McGerr (Death Cab for Cutie), Qasim Naqvi (Dawn of Midi), Philip Selway (Radiohead), Jason Treuting (S?? Percussion), Nate Wood (Kneebody), and Andy Huculiak (We Are the City). Each one of those players brings an intellectual and creative approach to their drum parts, and they’re often creating patterns that wouldn’t be the first thing to pop into somebody’s mind. I look for drummers who think more along the lines of a percussionist or a composer than solely as a beat-keeper. Specifically in the cases of Chang, Stanier, and Selway, I’m inspired by the way they interact with the heavy electronics in their respective groups.

MD: Are there any specific parts on Juniper where you drew from these drummers?

Evan: Absolutely. For the first half of “Come/Gone,” I was channeling my inner Philip Selway (Radiohead). I wanted to come up with a groove that sounds like it could have been on King of Limbs.

I wrote “Momentary Light” the day after we opened for a fusion band called Kneebody. If you aren’t familiar with Nate Wood’s playing, you’re doing yourself an incredible disservice. He plays the most tastefully intricate patterns imaginable while seeming effortless. He’s outstanding at making odd time signatures sound completely normal, which is something I strived to do with my drum parts in “Momentary Light.” The main material is technically in 13/4 (alternating measures of 7/4 and 6/4), but I wanted to make it groove hard enough so that listeners could bob their head as though it’s in 4/4.

Evan: The core setup is a kick, snare, and two floor toms, with hi-hat, ride, and stack cymbals. There’s a Roland SPD-SX sample pad in the place of my rack tom, and a box to the left of my hi-hat that holds a chromatic octave of tuned children’s desk bells. I always play with a tambourine clamped to my hi-hat stand, which essentially acts as another auxiliary percussionist. I also have a 10″ piccolo snare to the left of the hi-hat that I outfitted with a silent mesh head and a trigger, and that’s routed into the drum machine and triggers miscellaneous samples. Beyond the setup itself, I frequently play with splash cymbals placed on the drums and cymbals to achieve different electronic-sounding timbres.

Check out the video for Juniper’s “Name Not One Man.”