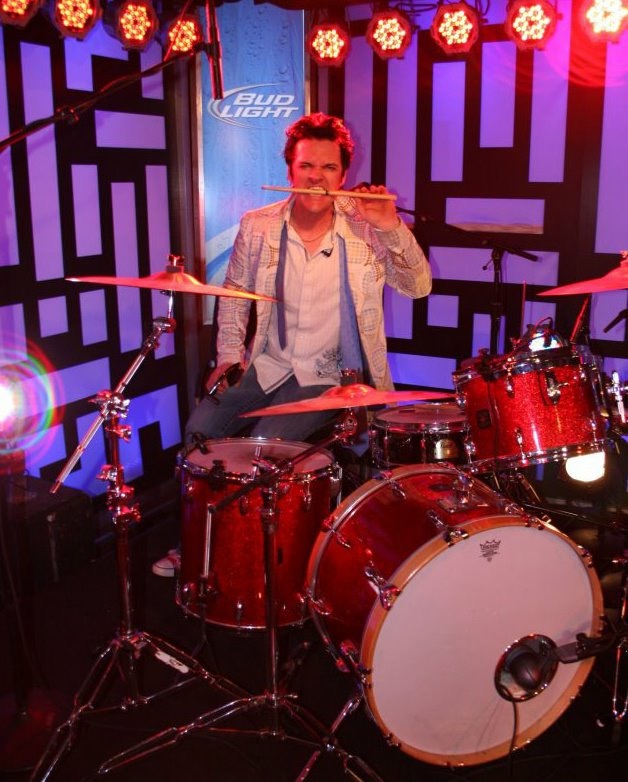 At an early age I was fortunate to study under the great Chuck Brown, whose “tension release” technique has taken me a long way with no hand ailments and still opening unexpected doors for me as a player. (Notable students of Chuck include David Garibaldi, Terry Bozzio, Brad Hargraves, and Tommy Rickard, among others.) 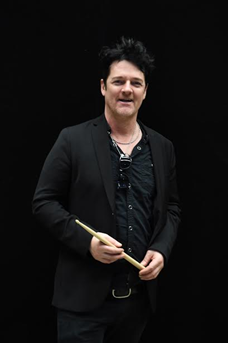 I landed my first record deal in the mid-nineties with Sony Music’s Protein and we toured the US numerous times and abroad. We were huge in Japan, (of course), and had a MTV buzz clip with the song “My Blood.” The band was released from Sony in the early 2000’s and that’s when I made my move to LA.

The first couple years I joined as many bands as possible and would go on numerous auditions through Barry Squire. Barry is the musician matchmaker of LA, therefore the world. I found myself playing with a band (King Straggler) at Scott Weiland’s (STP, Velvet Revolver) studio. Scott happened to walk in one day and asked to hear a song. We obliged and apparently he liked what he heard because the following day I got a call from his rep asking if I wanted to play the Carson Daly show with him. I, of course, was interested and it went off without a hitch. I recorded three albums with Scott, including Blaster, as well as a few tracks off Happy in Galoshes. Scott was extremely talented and a good friend to me; he is missed dearly.

I was fortunate in 2010 to land a gig with the great Alan Parsons. This was a full circle moment for me. My stepfather was a huge fan and I would hear Alan’s music throughout the house growing up. When asked if I was interested, I responded, “Is it a tribute band”? It was the real deal! After going through the proper channels I found myself with a direct call from the boss himself. It was brief and to the point. Alan doesn’t audition and based off what he heard from clips I sent him he welcomed me aboard. It was verbatim: “Danny? This is Alan Parsons. I don’t like to audition and I always go off of intuition. My intuition led me to you, welcome aboard.” 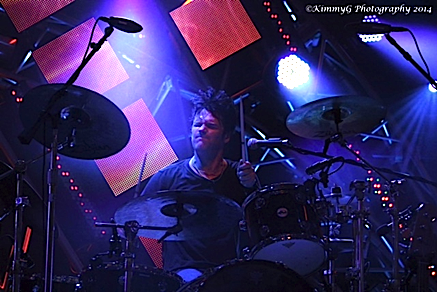 Two weeks later I found myself on a month tour starting in Israel in front of 5,000 people. Since then I’ve seen over fifty countries, released a live CD with the band, a live DVD/audio, and vinyl recording. The band is busy throughout 2016 with tour dates including a handful in the US.

I’m fortunate to have endorsements with Aquarian drumheads, Soultone cymbals, Cympad, Drumtacs, and SilverFox drumsticks. I look forward to write you all again when I’m back from the road!