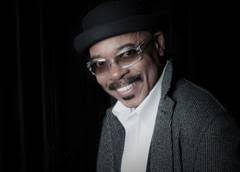 Harvey Mason’s groundbreaking and distinctive style has influenced generations of drummers. The recipient of the 2015 Modern Drummer Readers Poll award for best fusion drummer, he remains active as co-leader and founding member of the jazz group Fourplay, as well as with his newest recording project, Chameleon.