From the  January 2015 issue of Modern Drummer magazine.

Durable and versatile, these models are poised to set a new standard for hard-hitting players.

To meet the demands of drummers looking for heads that will not only withstand hours of abuse but also provide full, musical tones, Evans created the Heavyweight series, which comprises a clear 2-ply EMAD bass drum head and a 2-ply coated snare batter with a Reverse Dot on the underside. Both models incorporate the company’s Level 360 technology, which uses a steeper collar to ensure flatter and more consistent contact with the bearing edge for easier tuning, an extended tuning range, and a purer tone. 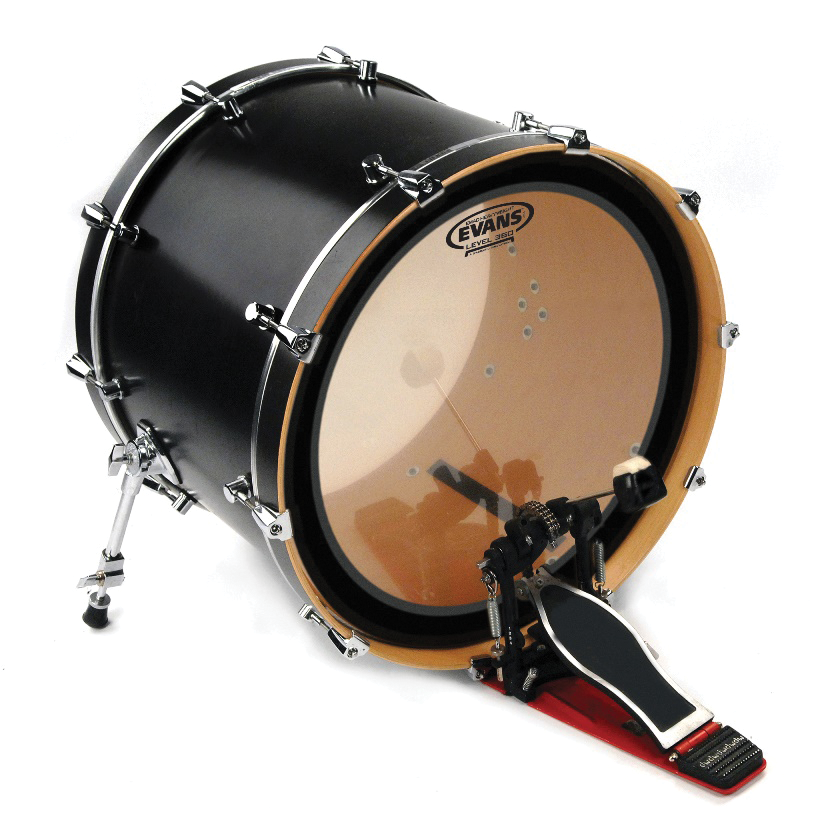 The EMAD Heavyweight is made with two plies of 10 mil film and comes with two interchangeable foam muffling rings that are held in place via a plastic channel adhered to the outside of the head. The EMAD (“externally mounted adjustable damping”) system was designed to allow drummers to adjust the attack and focus of their bass drum sound without having to rely on internal muffling. We compared the EMAD Heavyweight with two other Evans batter heads, the GMAD 12 mil single-ply (which was originally conceived as a more durable alternative to the original 10 mil EMAD) and the EQ4, which is a single-ply 10 mil head with an internal dampening ring.

I expected the EMAD Heavyweight to be the least versatile of the three, but it ended up having a denser, fatter tone than the GMAD, along with a wider tuning range, while retaining the strong attack and controlled resonance that have made the EMAD system revered by many players. The Heavyweight didn’t have the open, round sound of the EQ4, which I personally preferred for most applications. But if you love the punch and premuffled impact of the single-ply EMAD yet find yourself tearing through them quickly, you might want to make the jump to the EMAD Heavyweight. It’s a head that’s easy to make sound good, and it’s built to last.

The Heavyweight snare batter has two plies of 10 mil film and an EC Reverse Dot underneath the center of the head for added durability, focus, and attack. We tested this model on a heavy cast-steel snare with die-cast hoops tuned medium-tight for a modern-rock-type tone. My experience with some other thick “hard hitter” snare heads is that they often sacrifice tone and rebound for extreme durability. The Heavyweight, however, felt really good, had plenty of rebound, and provided a nice breadth of overtones, which could be tamed easily with a little bit of muffling or allowed to ring free for maximum sustain. 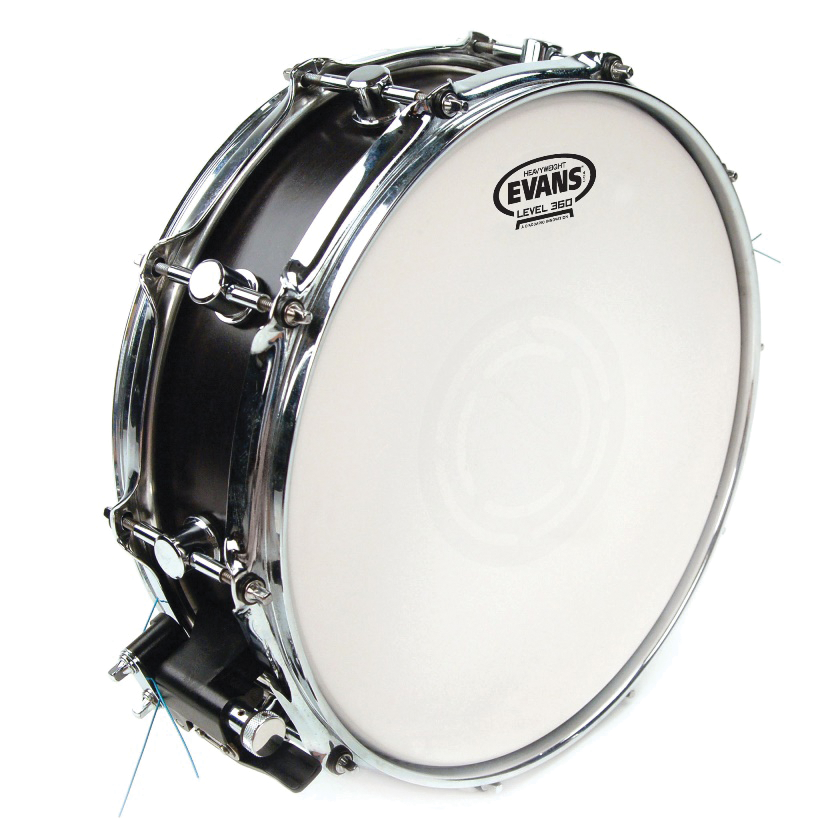 Compared with the coated 2-ply G2 that was originally on the drum, the Heavyweight performed pretty similarly, with rimshots providing a chunky crack and ghost notes being articulate and thick sounding. The one thing the Heavyweight didn’t respond to as well as the G2 was super-quiet patterns played near the edge. But for hard-hitting situations that demand power, attack, and a fairly open tone, the Heavyweight is top-notch.