Evans is seeking the heaviest hitters for its Heavyweight Tournament. Drummers are called to compete, for four rounds, in a single-elimination battle to determine the “Undisputed Heavyweight Champion.” Winners are determined by votes every week, with each competition’s top voter advancing.

From now until January 20, drummers are asked to join the battle by creating a two- to three-minute video of their best drum solo and posting it on YouTube. Sixteen selected finalists, to be notified on January 21, will be given new Evans Heavyweight drumheads, so they can create a new video that will be used in the final competition.

“We’re very excited to see some heavy-hitting drummers go head-to-head,” says Ben O’Brien Smith, Evans’ percussion product specialist. “The Heavyweight drumheads have proven that they can take a beating and stay in the fight. Now, it’s time to see who can dish out the crushing blow.”

To participate in the Evans Heavyweight Tournament, you must be a US citizen and age eighteen or older. 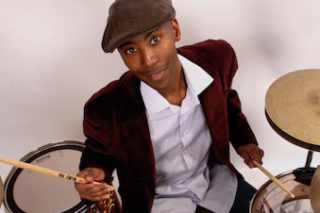