“It’s doing everything that drummers normally do, but in an entirely di fferent way.” So says Bill Rie flin, the latest drummer to join the venerated progressive-rock group led by guitarist Robert Fripp. And “different” is certainly what we’ve come to expect from the professor and his revolving cast of musical brothers—though no one could have predicted the sheer magnitude of KC’s latest percussive onslaught. By Michael Parillo. 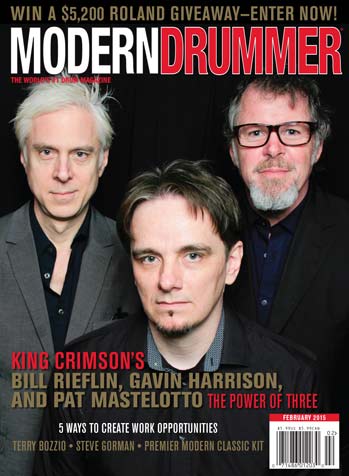 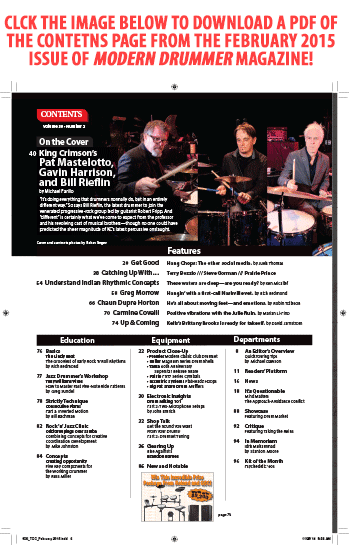 Get Good Hang Chops: The other social media

Understand Indian Rhythmic Concepts These waters are deep—are you ready?

Up & Coming Kelis’s Brittany Brooks is ready for takeoff.

Shop Talk
• Get the Sound You Want From Your Drums! Part 2: Drumset Tuning

Kit of the Month Psychedelic ’60s