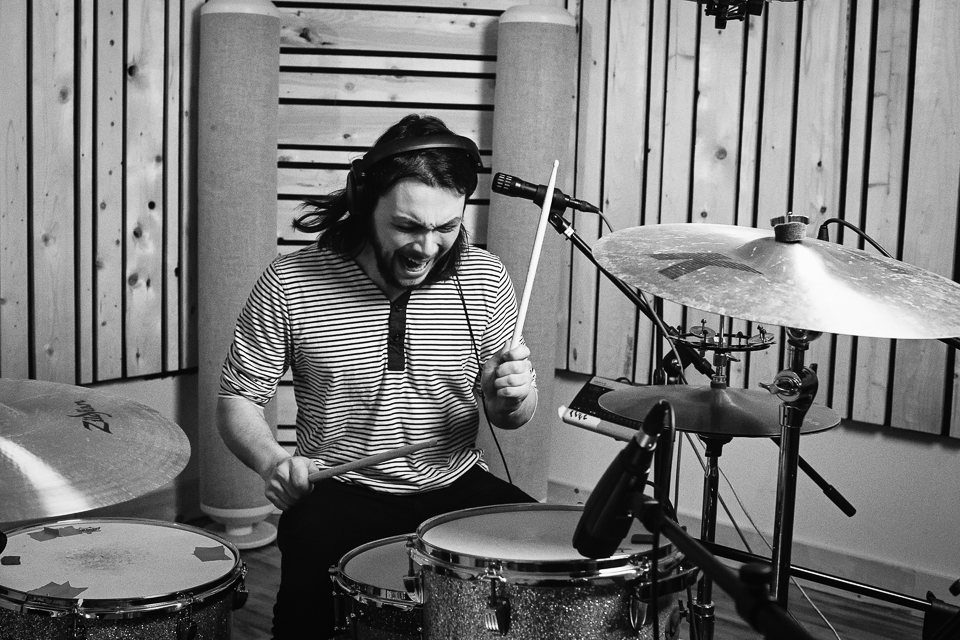 I am twenty-two years old, and I hail from Sag Harbor, New York. Along with being in MWL, I am also the drummer for Jonny Lives! and the Killing Floor.

I first started playing drums when I was seven. No one in my family was a musician, but all of my family members loved listening to all kinds of music. My sister and I grew up listening to the Rolling Stones, the Police, and the Clash, among many other bands.

My first influence as a drummer was Chad Smith of the Red Hot Chili Peppers. At the time, their album Californication had just been released. It was the first time I had ever focused on what the drummer was playing, and I was blown away by Chad’s style and feel. Around that same time, I was introduced to Nirvana, and I was instantly hooked. I knew that I wanted to be a drummer and not just play as a hobby.

I’m a hard-hitter when it comes to playing, so naturally I’m drawn to those types of players. John Bonham, Dave Grohl, Brad Wilk, Brian St. Clair, and Joey Castillo are just some of the drummers I draw inspiration from. Each of these guys has his own signature style. When you hear the opening to the song “Smells Like Teen Spirit,” you just know it’s Dave Grohl.

I’m a huge fan of drummers who are also guitar players. I picked up guitar a few years ago, and it has enhanced my drumming. I play guitar and sing for my band the Glazzies. In my opinion, musicians who play multiple instruments have a better understanding of song structure and songwriting. Jack White, Josh Homme, and J Mascis are perfect examples of this. They lock into what the drummer is doing, and their guitar playing becomes extremely solid. That’s one thing I try to accomplish when I’m coming up with a drum part. It has to benefit the song and not me as an individual band member.

Thanks to Modern Drummer for letting me share some of my drumming experiences.

For more on Marco With Love, go to www.marcowithlove.com. Check out the band performing “Love”  live at Virtue and Vice Studios in Brooklyn, NY below or at http://bit.ly/1t6oENe.