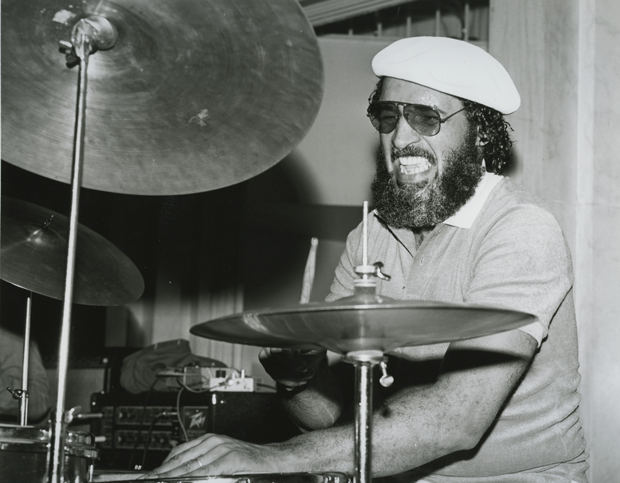 The funk and jazz drummer Idris Muhammad, who hailed from New Orleans and spent his recent years playing with pianist Ahmad Jamal, passed away this week at age seventy-four. Muhammad’s friend Dan Williams, who’s worked with the New Orleans Jazz & Heritage Foundation, confirmed the drummer’s death in a piece on NOLA.com, with few other details at press time.

Muhammad was born Leo Morris on November 13, 1939, and grew up in New Orleans’ 13th Ward. While still in his teens he played on Fats Domino’s “Blueberry Hill.” In the ’60s he converted to Islam and assumed his new name. “One guy told me that if I changed my name, I was going to have a problem because no one would know that Leo Morris and Idris Muhammad were the same guy,” the drummer told MD in an August 1991 Portraits piece. “But I thought, well, if I stay the same person, then people will know it’s me. And it worked like that. Everybody knew right away that it was me, because of my style of playing.”

In a May 1996 MD feature, Muhammad described the foundation of his style: “My rhythms are a mixture of the second-line street beats and the way the Indians who danced during Mardi Gras played the tambourine.” Idris’s solid time and funky feel lifted the work of countless artists in the worlds of soul, R&B, funk, pop, and jazz, including Sam Cooke, Curtis Mayfield, Gene Ammons, Lou Donaldson, Grant Green, Charles Earland, Pharoah Sanders, Betty Carter, Roberta Flack, and John Scofield. Muhammad also released many albums as a leader, beginning with 1970’s Black Rhythm Revolution! In MD in 1996 he called 1974’s Power of Soul his greatest record. “It’s only four tracks,” he said, “but the intensity of the rhythms I’m playing and how settled, and how swinging, and how hard it grooves is what makes it.”

In that same 1996 feature, which came out shortly after Scofield’s Groove Elation album, which is beloved by fans in part for Muhammad’s funky playing, Ken Micallef asked Idris what went through his mind while on stage with Sco. “I’m thinking hard about the music,” Muhammad said. “I’m inside the music. Guys ask me why I wear dark glasses on the bandstand. It’s because I’m playing with my eyes closed. I don’t want to look at anybody; I don’t want to see anything. I go inside when I play.”

Watch for more coverage in the print edition of Modern Drummer.