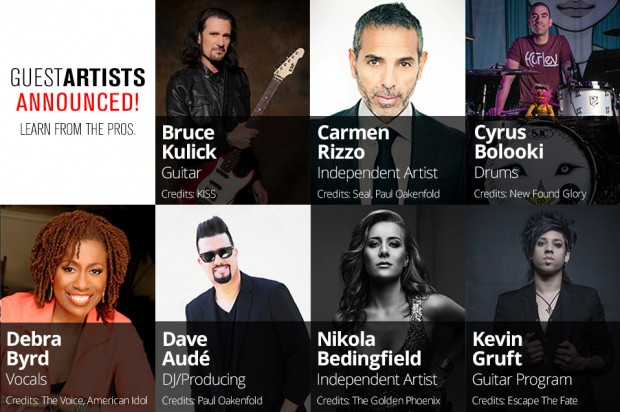 Musicians Institute (MI), the College of Contemporary Music in Hollywood, CA, has announced its first round of instructors for Summer Shot 2014, the two-week music camp coming to MI’s campus beginning on June 23.

In addition to the Hollywood music school’s expert faculty, students will get the opportunity to learn from special guest artists who have performed with everyone from Michael Jackson, Dr. Dre, and Paul Oakenfold, to Marilyn Manson, Thirty Seconds to Mars, and Kiss.

MI’s Summer Shot 2014 music camp is a sneak peek into the variety of programs offered at MI—for all ages, experience levels, and styles of music.