The past couple years have seen him take the superstar EDM duo Daft Punk to (old) school and also put out his most fully realized solo statement to date.
-by Robin Tolleson 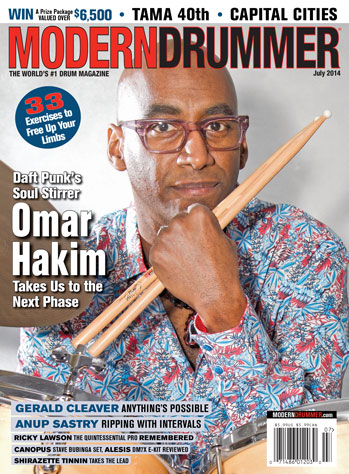 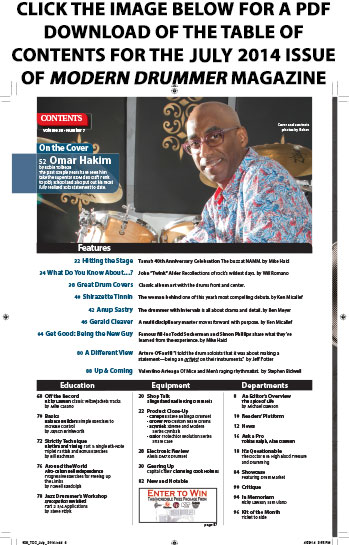 What Do You Know About…? John “Twink” Alder
Recollections of rock’s wildest days.
-by Will Romano

Shirazette Tinnin
The woman behind one of this year’s most compelling debuts.
-by Ken Micallef

Anup Sastry
The drummer with Intervals is all about drama and detail.
-by Ben Meyer

Get Good: Being the New Guy
Famous fill-ins Todd Sucherman and Simon Phillips share what they’ve learned from the experience.
-by Mike Haid

A Different View Arturo O’Farrill
“I told the drum soloists that it was about making a statement—being an activist on their instruments.”
-by Jeff Potter

Up & Coming – Valentino Arteaga Of Mice and Men’s raging rhythmatist.
-by Stephen Bidwell

AN EDITOR’S OVERVIEW
• The Spice of Life
-by Michael Dawson

It’s Questionable The Doctor Is In: High Blood Pressure
and Drumming

Kit of the Month – Ticket to Ride