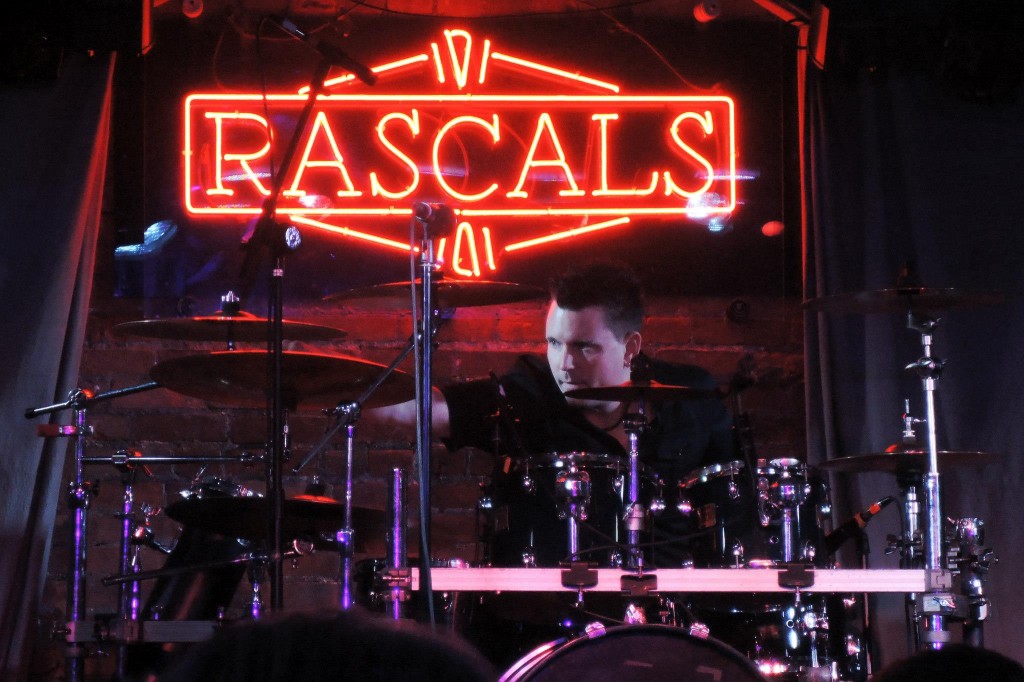 My name is Chris Cushman—most people call me Cush—and I play drums for the American rock band 3 Years Hollow. For me, drumming started when I was three years old, and I’ve never really looked back. Drumming was always second nature to me, and it’s been a major piece of my life for over twenty-five years. I never took any formal lessons, but I was always involved with music at school in as many ways as I could find—jazz band, marching band, concert band, pep band…. Looking back, I can see I have dedicated most of my life to my instrument and music in general. One of the keys to sticking with drums for so long is that I’ve always done my best to make it fun for myself. I remember rushing home after school to crank up my Rush and Metallica albums and just play along for hours. It never gets old when you have an endless collection of albums to practice to.

About seven years ago I was asked to join 3 Years Hollow just as things were getting ready to get really serious for the guys. We started playing regionally more and more, growing ourselves, and pretty much just focusing on writing the best music we could. Eventually, six years later, we embarked on our first national tour with Eye Empire, and then later a short run with Sevendust. After all this time, I was finally given the dream of a lifetime. I was about to get my shot at becoming a full-time drummer, a full-time musician touring the nation and, hopefully soon, the world.

In summer of 2013 we signed our first record deal, with Imagen Records. They immediately sent us to the studio to finish our record, which has been one of the biggest highlights of my drumming career. Clint Lowery from Sevendust had signed on to produce, and we were ready to go. I remember being in the studio and sitting there one-on-one with Clint, working through the drum parts and the progressions of some of these new songs. When you’re there in the room doing it, you sort of forget what it is you’re exactly doing. But looking back, now that the record is out and we’re touring to support it, I can see how much of a learning experience that was for me and the rest of the guys in the band. Even after six years of already playing together, working with Clint in the studio somehow taught us a way to become an even better unit, a better band.

As of now, things are pretty much all about touring. Our single “Hungry” is out at radio, and we’re going to tour until it’s time to take a break and write another record. But for now we’re not really thinking about that. Right now our focus is to work on putting on the best live show we can and to come meet every single one of you.

As for my current gear, I’m lucky to play Yamaha, Sabian, and Promark. Thank you to all the Modern Drummer readers—see you soon!