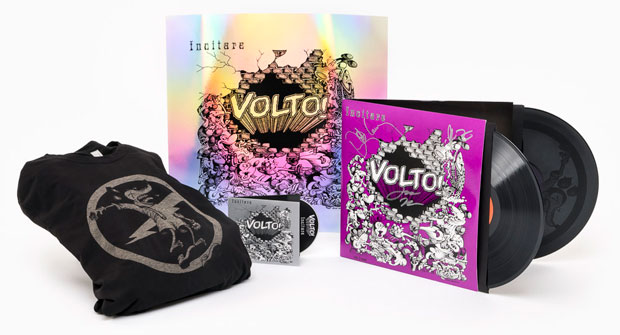 * Exclusive, limited edition, 180 gram audiophile vinyl edition of the album Incitare autographed by the band and featuring the limited edition album artwork; an etching of the Volto! “Shock Rat” (same design as the T-shirt) on Side D, designed by Adam Jones of Tool; and an embossed logo.

* A limited edition, handmade screen print of the Rick Griffin artwork on holographic paper. Each print is hand pulled on cover-weight paper and crafted by Triple Stamp Press.

* A CD copy of Incitare

THIS CONTEST IS CLOSED. THANKS TO THOSE WHO ENTERED.