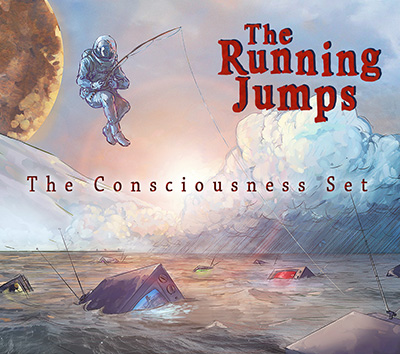 The “about” section on this L.A. band’s Facebook page does well by comparing their music to the’60s psychedelic pop sounds of the Beatles and Zombies and ’90s indie-rock heavies such as Guided By Voices and Superdrag. They could easily add some heavy-melodic ’70s references like Queen and Todd Rundgren’s Utopia to get at the ballsiness of their more adventurous proclivities, plus ’80s power-pop groups like the Knack or Redd Kross to suggest their active, upbeat nature. Drummer Dave Johnstone embraces these big-ol’ influences with manic glee. Check out the explosive drum break at around the two-minute mark on “Don’t Ask Me,” or, even better, the sixteen bars of Keith Moonishness that lead into the guitar solo of opening cut “Addison Harvard.” It’s cool that these moments appear early on the recording, because it keeps us looking forward to similarly giddy bits throughout the album, and helps us to understand that Johnstone is throwing his weight around with the full support of the rest of the band, who chug right along with the unbridled pounder. Great stuff. (therunningjumps.com)