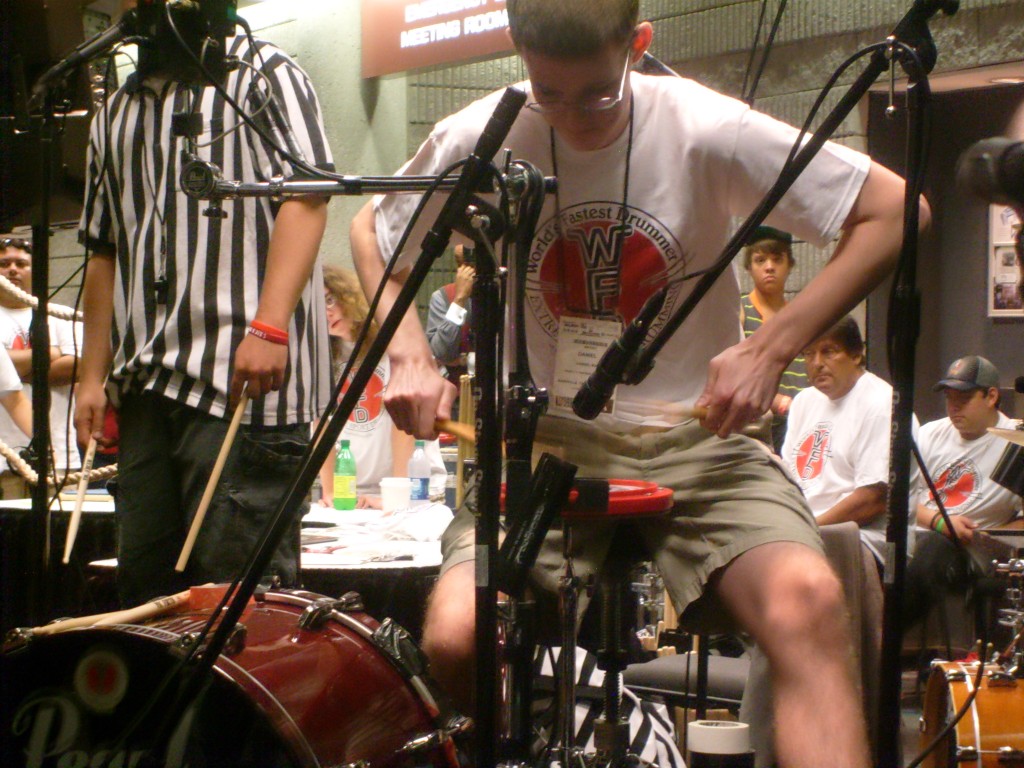 The World’s Fastest Drummer contest is returning to the Summer NAMM Show, which is being held this week at the Music City Center in Nashville, TN. The contest, which consists of two categories: Fastest Hands and Fastest Feet, will be held each day on the World’s Fastest Drummer Lobby Stage at the Music City Center starting at 11am on Thursday, July 11. The top ten Fastest Hands and Fastest Feet entrants will compete in a Finals Battle held at 2pm on Saturday, July 13.

The Thursday and Friday preliminaries are for NAMM members only. The Saturday rounds are open to the public, with a NAMM Music Industry Day ticket. WFD will have public preliminaries starting at 10am and running until 1pm.

WFD-Extreme Sport Drumming has been a feature on the Warped Tour, OzzFest, and most major television networks, including ESPN, FOX Sports, MTV, VH1, ABC, BBC, PBS, and CNN. WFD The Game produced well over 1.5 million plays for MTV’s Addicting Games in its first ninety days and is the official ruling and certification organization for Guinness World Records.

WFD Contestants should sign in at the World’s Fastest Drummer Contest stage area located in the food court of Level 3, Hall A, starting the morning of Thursday, July 11.