Clyde Stubblefield (born April 18, 1943) is a best known for his work with James Brown. Stubblefield’s recordings with Brown are considered to be some of the standard-bearers for funk drumming, including the singles “Cold Sweat,” “I Got The Feelin’,” and “Mother Popcorn,” and his rhythm pattern on “Funky Drummer” is among the world’s most sampled beats.

John “Jabo” Starks (born October 26, 1938) is also best known for playing with James Brown. Starks played on many of Brown’s hits, either as the sole drummer or in tandem with Stubblefield, including “The Payback,” “Sex Machine,” and “Super Bad.”

For more information on this rare opportunity to hear these two living legends, visit memphisdrumshop.com/events. 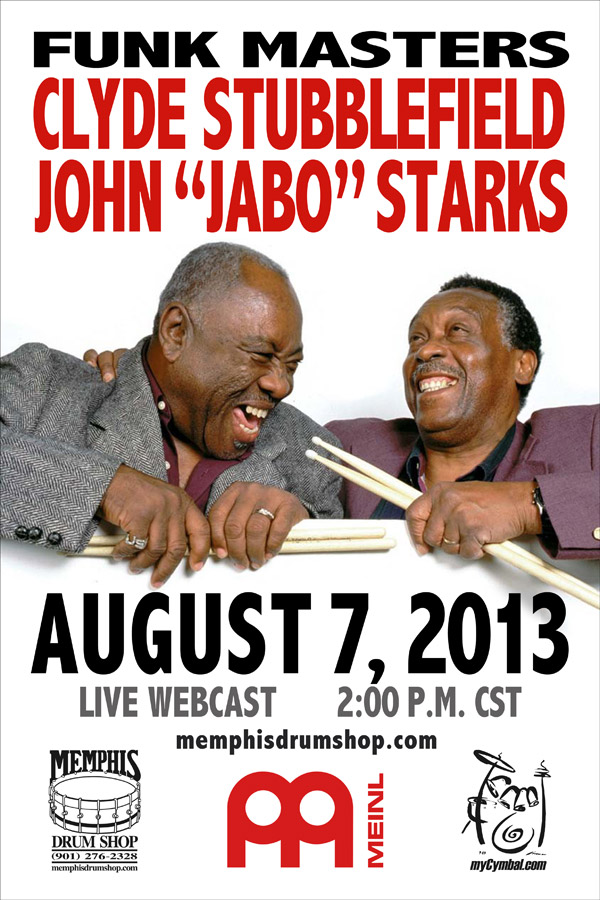