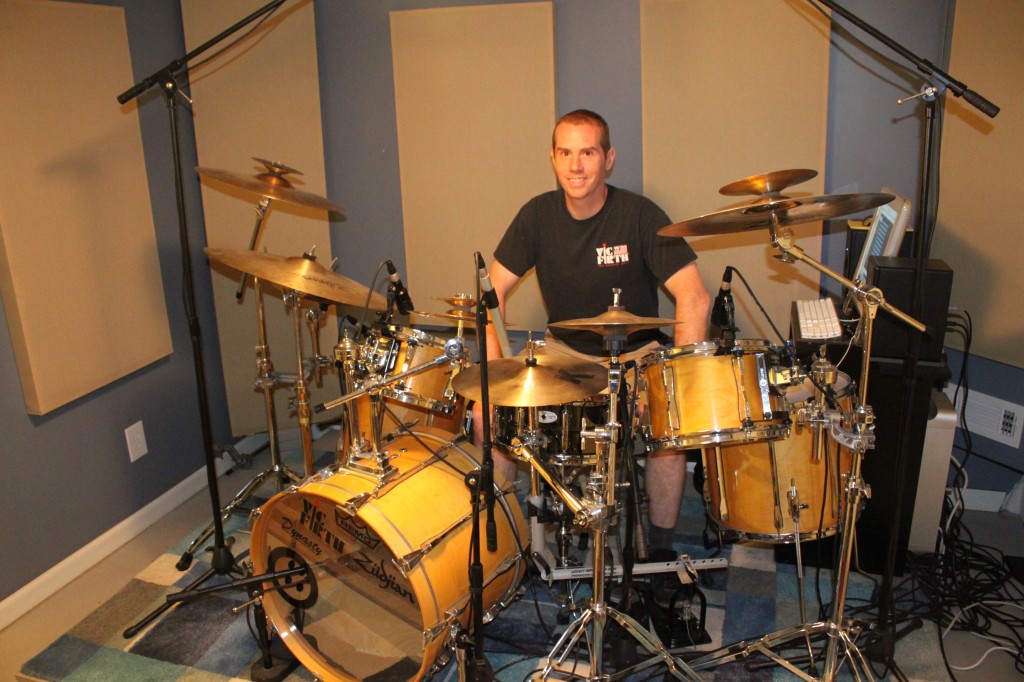 In this lesson, we’re going to go old school—with a new twist. What we’re working on is a standard exercise called “Irish Spring” that comprises swung double beats with smooth hand-to-hand turnarounds.

This exercise has been used by rudimental drummers for decades, but here we’re going to add a tag (ending) and experiment with some fill-ins. This exercise, when practiced correctly, will not only do wonders for your finger control (which is necessary to play relaxed and powerful doubles), but it will also help your shuffle feel become smoother than ever.

The best technique to use for each note in this exercise is the free stroke. (The free stroke is where you throw the stick down towards the drum with your wrist and fingers, allow it to hit the drum with all of its velocity, and then let it rebound back up on its own—just like dribbling a basketball.) If the second stroke of a double doesn’t rebound all the way back up on its own that means there was either extra tension in your hand inhibiting the stick’s flow, or the second beat of the double was too weak to bounce back up on its own. Underdeveloped doubles are generally stiffly stroked or weakly bounced. The free stroke will help ensure that both strokes of the double are played with high velocity and loose, relaxed hands. The beauty of free strokes is that they only work when played perfectly. If you feel very like you’re doing too little work, then you’re probably playing the free strokes correctly.

Irish Spring is structured in the common 4-2-1 format (play something four times, then two times, and then one time) with a tag at the end to turn it around so that it starts over on the opposite hand. Each phrase will be played right- and left-hand lead. The tag is a simple two- bar turnaround. The first bar contains 8th-note triplets played as doubles, and the second bar is the same rhythm with an inverted double-stroke sticking. Make sure you tap your foot and feel the pulse through the entire turnaround.